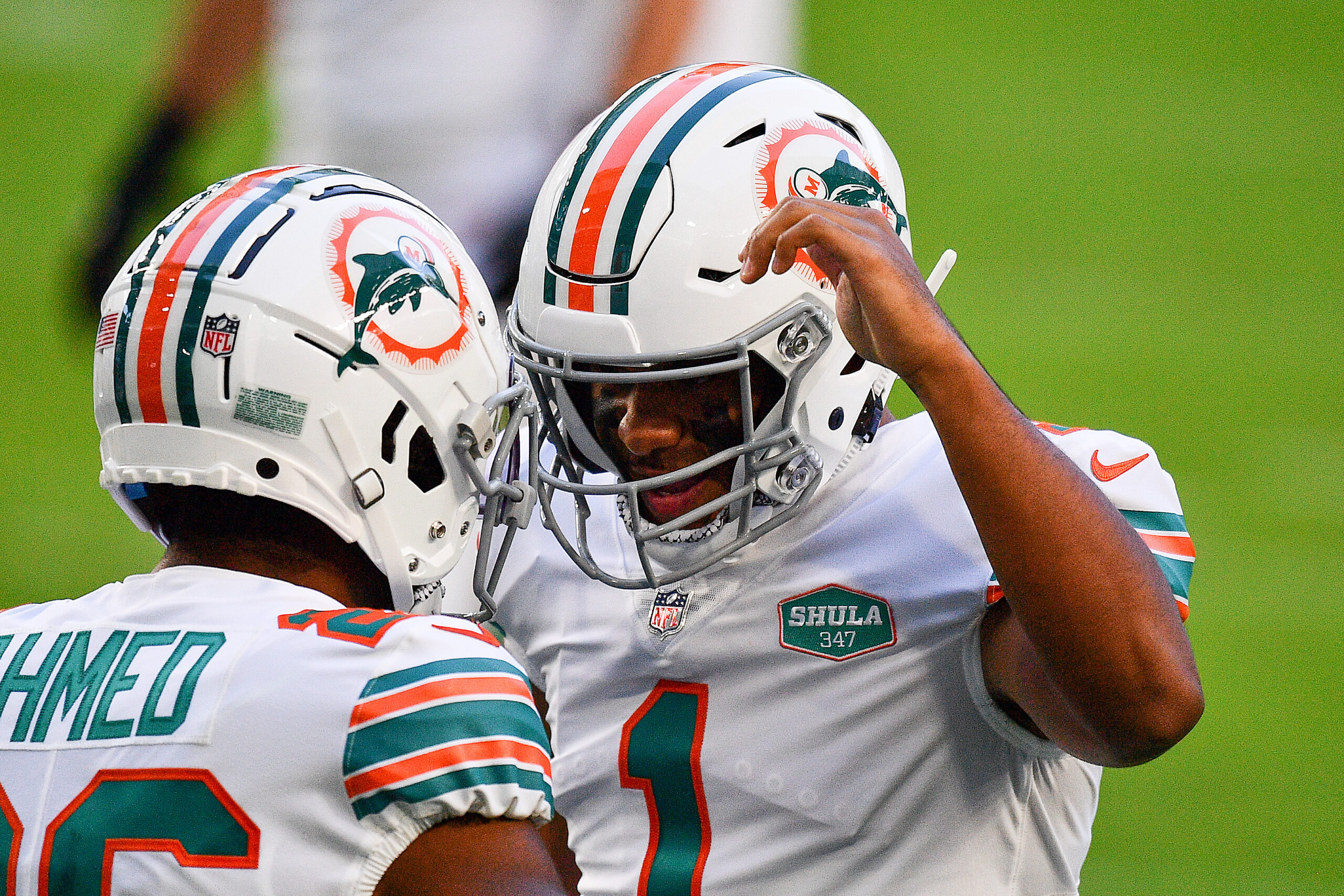 We were able to get back on the winning side of things in Week 10 with me going 2-1 with my picks. For the season, my record now stands at 20-10. Let’s try to keep things rolling in Week 11 of the NFL with three more wagers to consider. As per usual, I’ll provide one moneyline, one spread, and one over/under wager. All odds were obtained from the BetMGM Sportsbook.

The Dolphins are nipping at the heels of the Bills for the lead in the AFC East. They’ve won five straight games, including a couple of tough matchups against the Rams and Cardinals. Last week, they defeated the Chargers behind two touchdown passes from Tua Tagovailoa. Although starting running back Myles Gaskin (knee) remains on IR, Salvon Ahmed stepped up in his absence last week to rush for 85 yards and a touchdown.

As good as the Dolphins are playing, the Broncos are on the other end of the spectrum. They have lost three of their last four games with their only win coming by one point over the Chargers. Last week, they were demolished by the Raiders, 37-12. Quarterback Drew Lock (ribs) was injured in that contest and is questionable for Week 11 of the NFL. If he can’t play, that would likely leave Brett Rypien to lead the Broncos against one of the better defenses in the league. Even if Lock is able to take the field, he might not be completely healthy. Regardless of who starts at quarterback, look for the Dolphins to keep their winning streak alive.

It’s pretty bad when the Chargers are almost double-digit favorites despite having a 2-7 record. They have hung tough in games, though, with five of their losses coming by five points or fewer. And they have also faced a brutal schedule, which has included contests against the Chiefs, Buccaneers, Saints, Raiders, and Dolphins. They have taken care of business against a couple of bad teams since their two wins have come against the Bengals and Jaguars.

The reason why the Chargers are favored by so much despite their poor record is that the Jets are putting up one of the worst seasons that we have seen in a long time. They have a whopping -147 point differential on their way to their 0-9 record. To put how bad they have been into perspective, the team with the next worst point differential is the Cowboys at -86. The bye week might help many teams prepare for their upcoming matchup. But with how terrible Adam Gase has coached this season, the added time might not do the Jets any favors. Despite this lofty line, I like the Chargers to cover.

This isn’t exactly a massive number for the Packers to hit given how well they have performed on offense this season. They have scored at least 30 points in a game six times and even topped 40 points in two of those contests. In fact, they have failed to score at least 25 points in a game only three times. One of those games was a 24-point performance against the Jaguars last week, so they just barely missed that threshold.

The reason for taking the under here despite the Packers’ offensive prowess is that the Colts have been one of the stingiest defensive teams in the league. They have allowed an average of 19.7 points per contest. And they are coming off of holding the Titans to 17 points on the road in Week 10. Across their last eight games, they have held their opponents to 24 points or fewer six times. The only time they have allowed at least 25 points at home this season was when the Bengals surprised them by scoring 27 points in Week 6. Look for the Colts defense to have another strong showing here.