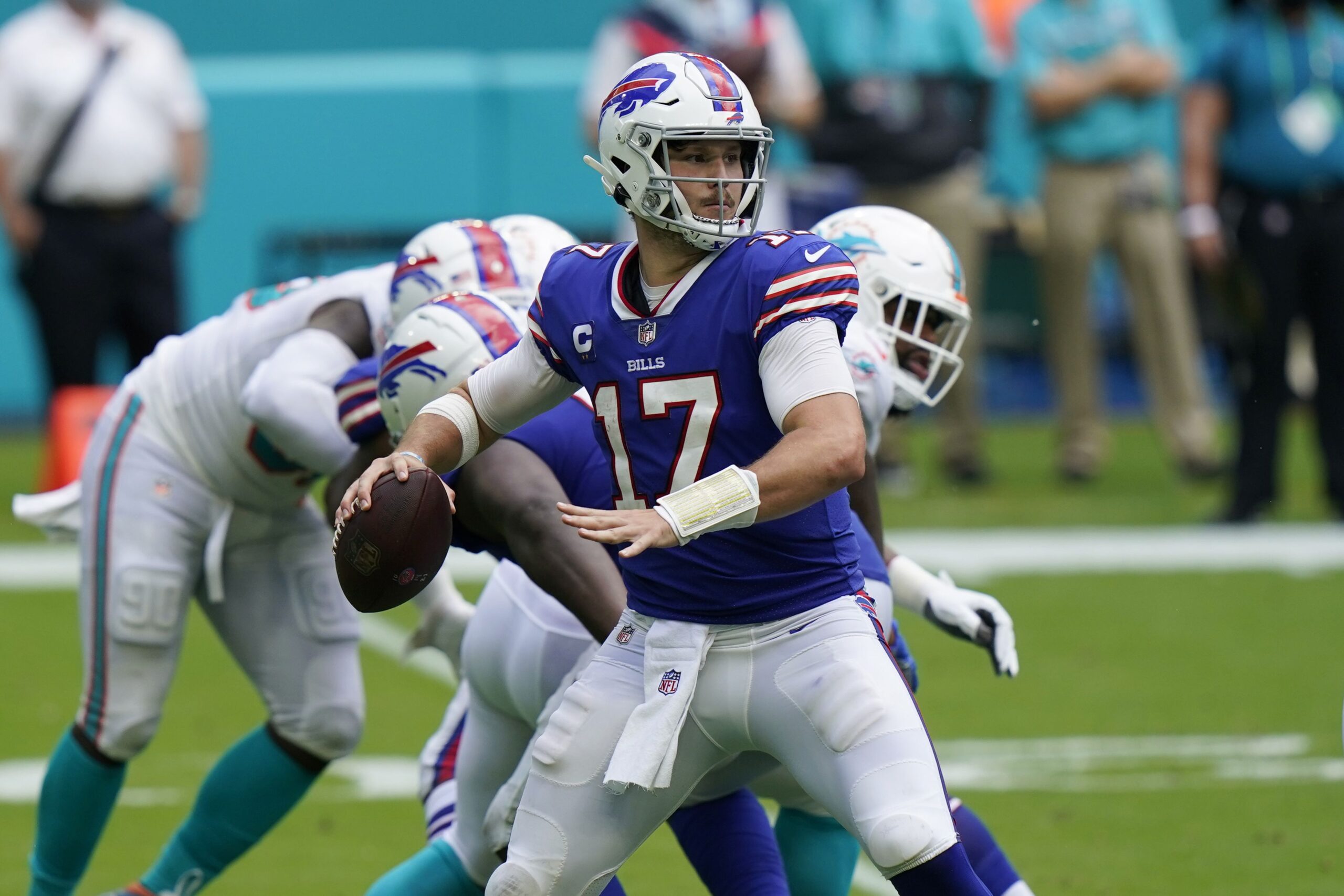 Week 2 brought another successful week for the column with a 2-1 record. I’m 4-2 with my recommendations through the first two weeks of the NFL season. And we will look to build on that with three more wagers to consider for Week 3. As usual, I’ll make one moneyline, one spread, and one over/under pick. All odds were obtained from the BetMGM Sportsbook.

I’ve picked the Bills on the moneyline both of the first two weeks of the NFL season, and they came through. Granted, they were facing far inferior opponents in the Jets and Dolphins, but at least they took care of business when they should have. Josh Allen has looked spectacular. He has thrown for 727 yards and six touchdowns to go along with 76 rushing yards and a rushing touchdown.

The big advantage that the Bills have is that this game will be played in Buffalo, where they were 6-2 last NFL season. Meanwhile, the Rams were 4-4 on the road. The Bills should receive some significant reinforcements on defense. Linebackers Tremaine Edmunds and Matt Milano are trending in the right direction for a return after sitting out last week. They have one of the best defenses in the league when those two are healthy. So things could be tough on Jared Goff and company.

What a terrible Week 2 for the Broncos. It had little to do with their performance on the field, too. Big injuries have hit their offense, leaving them without Drew Lock (shoulder) for at least a couple of weeks and Courtland Sutton (knee) for the season. They were already playing without one of their top running backs, as well, in Phillip Lindsay (toe). He’s expected to miss this contest. That will leave Royce Freeman to once again serve as the primary backup behind Melvin Gordon.

Things are much more favorable for the Bucs on the injury front. After dealing with a hamstring injury that limited him in Week 1, Mike Evans is healthy now and exploded for 104 yards and a touchdown last week. They are also expected to get Chris Godwin back after he sat out Week 2 with a concussion. The Broncos just have too many injuries to key players on offense, so look for the Bucs to win this one going away.

The Bears don’t exactly stand out as a team that would likely be involved in a high-scoring contest. They have a respectable defense filled with a lot of veterans. And Mitchell Trubisky has still yet to live up to expectations at quarterback. It took a crazy fourth-quarter come-back for them to score 27 points in Week 1 against the Lions, and they could only produce 17 points in Week 2 against the Giants. With that said, it doesn’t get much better than a matchup against a Falcons defense that has allowed 78 points across two games.

One of the reasons why the Falcons give up so many points is because opposing teams have to throw a lot to keep up with their offense. Matt Ryan has proven red-hot out of the gate, throwing for 723 yards and six touchdowns. There is some concern that Julio Jones could remain limited, or sit out, with a hamstring injury. But they still have plenty of weapons left in the passing game with Calvin Ridley, Russell Gage, and Hayden Hurst, not to mention Todd Gurley at running back. With at least 63 points having been scored in both of their first two games, the over is very appealing.