NFL Week 9 Picks: Don’t Count Out the Raiders and Why You Should Trust Tyrod 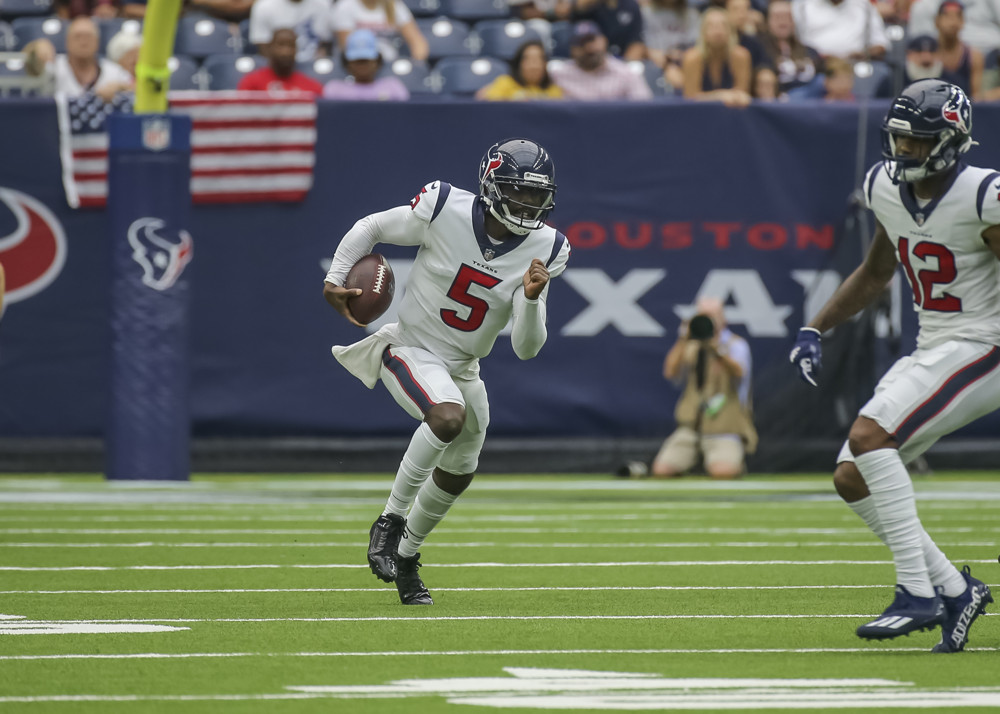 ROBBED. That’s the theme of last week. Not only did I steal money from the bookies with another profitable week, but Carson Wentz and the Colts stole another perfect sweep from me. Despite this setback, I’m still 2-1 on the week and 17-7 overall. The other two games played out exactly how I predicted. Both the Panthers and Falcons offenses suck without their key players and couldn’t generate many points. The Browns, led by a gimpy Mayfield, were incapable of defeating a defense like the Steelers and were wrongfully favored to win. I’m ready to pull out my crystal ball again this week and make some cash.

This week is sort of a disaster. There are a ton of crappy teams playing each other, and the only promising game was derailed by Rodgers testing positive for COVID-19. It’s not a great slate this week, but I did manage to pluck out two diamonds from the rough.

The last few months have been bad for the Raiders. First Jon Gruden and now the horrible and sad situation surrounding Henry Ruggs. The Raiders are a mess. This week, they travel to New York to take on Danny Dimes and the Giants. Despite the turmoil in Las Vegas, I’m laying the points with Derek Carr and the Raiders.

I think a lot of people will be betting on the Giants this week and for good reason. Daniel Jones is starting to play like a capable quarterback, and, more importantly, they were able to keep it close with the Chiefs on Monday Night Football. Not only that, but it’s hard to think that, with all this going on, the Raiders will be ready to travel across the country and get a win. However, I think they do. This Raiders team is better than the Giants and by a lot. Without Jon Gruden, they are 2-0 in their last two games. That’s literally the best start you can have as a team without a head coach. As for not having Henry Ruggs, I don’t think it matters. The best receiver on that team is Darren Waller; as long as they have him they’ll be fine.

Another reason why I like the Raiders here is that the Giants are being decimated with injuries. Saquon Barkley is still banged up, and while Booker looked good last week, he’s no Saquon. The position where the Raiders are hurting is the receiving corps. They are down to third-string options. Plain and simple – they have nobody to throw to. Final Score: 27-17, RAAAIIIDDDEEERRSSS.

I know what you’re thinking. How am I taking the over with these two putrid teams? Well, I really like the quarterbacks in this one. On the Houston side, we have Tyrod Taylor with a chance to suit up after an extended absence. Taylor is a massive upgrade from Mills, and if he plays, then he’s going to ball out. He’s had horrible luck the last few years with injuries, and I think he’s going to take his frustrations out on this Miami Dolphins team when the Houston Texans face them on Sunday. Brandon Cooks is old but is still slippery as ever and could easily have a big game.

On the other sideline, we have Tua. This kid has got to have a salty taste in his mouth. Last year, he was forced to share time with veteran Fitzpatrick despite being named the starter, and now the Dolphins just had a failed attempt to get Deshaun Watson in a trade. In storybook fashion, he now has to face this team on the road. Tua needs to have the game of his life this Sunday. The matchup against this Texans defense is too juicy for him not to put up a ton of points. I think he comes out fired up and is ready to show the Dolphins that he’s the quarterback of the future. Final Score: 30-24, Dolphins.

That’s it for me. I’ll see you next week where we recap this perfect 2-0 sweep. Make sure to follow us on Instagram to keep up with the Bet-Tenders. If you’re a 49ers fan and have always dreamed of meeting Joe Montana, then you might want to check out this article.