How to Make Money on the Texans’ Impossible Deshaun Watson Situation 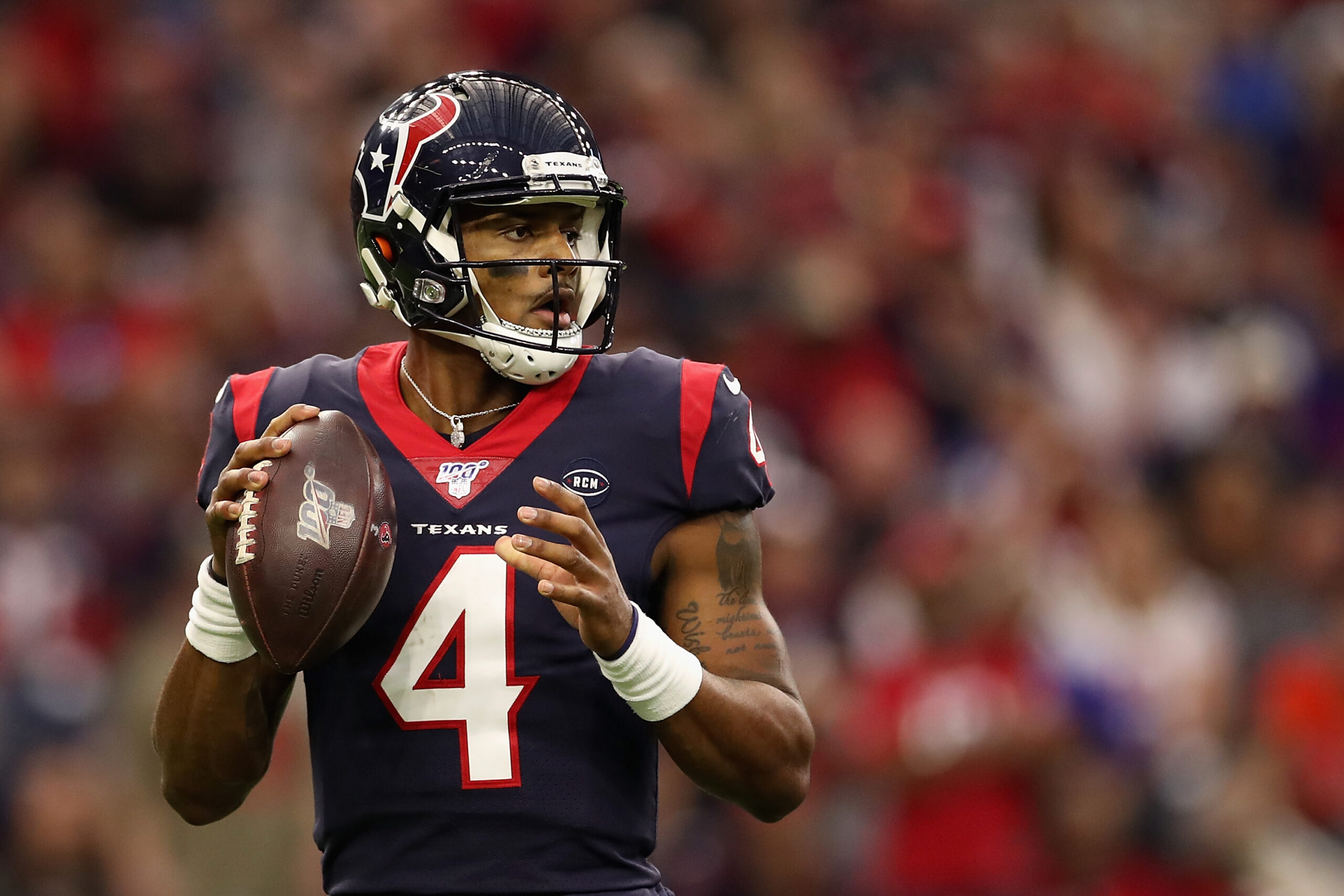 When you’re playing Texas Hold ‘em, and you’re dealt a pair of Aces, you’re obviously very happy. In a perfect world, you’re dealt that hand every time. It doesn’t mean you’re going to win, but you’re happy you get ‘em. (Pocket aces win about 84% of the time, so “happy” is putting it lightly.)

Well, the operators are dealing you pocket aces right now by putting out a line that Deshaun Watson will stay with Texans at -125. There aren’t any guarantees in life, but unless the Texans are certifiably insane and want to spend a bare-boned minimum of 3 years in football hell, they cannot trade him.

So you’re saying – Doc, how can you be so confident that Watson is staying when the whole world is crowing that he’s about to leave? It all comes down to the cap.

If it were pure football reasons, they would be able to trade and get back relatively equal value in the marketplace. However, because of how the salary cap works, it’s pretty much impossible for the Texans to get anything close to equal value.

In September of last year, Deshaun Watson signed a 4-year, $160-million-dollar deal with a whopping $111 million guaranteed that was paid upfront. Since the Texans didn’t want to wipe out their salary cap in 2020, they decided to spread the “virtual” guaranteed money out over 4 years. Whether or not Deshaun’s on the team, they are on the hook to have $67,000,000 in salary cap space used against their 2021 cap because of his contract.

This $67 million cap hit already has the Texans $20 million over the cap. Even if they keep Deshaun they’re going to have to cut some guys to get under next year’s cap.

If they trade Watson, a semi-manageable situation becomes a nuclear waste dump.

First off, it is impossible to trade for another QB. Let’s say they want to make a deal for Matthew Stafford and a bunch of picks. They would be $55 million over the cap before signing the high draft picks which would put them by $65+ million over. You then would have to release almost your entire roster. No state tax in Texas for Matthew. But he’d be paying estate tax because he would get killed on a team of basically replacement players.

So now you’re stuck, for better or worse, with just draft picks. If you’re getting 2 firsts and some seconds (remember they don’t have a 1st or 2nd, which would put them further over the cap), you’re $35-36 million over. So even with picks, you’re going to have to gut your team and have a rookie QB. That’s a recipe for 0-16 for probably 2 years.

Other Things to Consider

To top all this off, they don’t have a coach right now. Who in their right mind is going to be the captain of this sinking ship if there’s no Deshaun there?

To anyone out there who feels bad for Deshaun and his awful situation, remember this – he knew this team and these owners well before he signed his mega-deal. He didn’t sign this deal before they traded his buddy DeAndre Hopkins, he signed it after.

So, please, be smart.

HAMMER the -125 on Deshaun Watson staying in Houston. When you have pocket aces, you go all in.