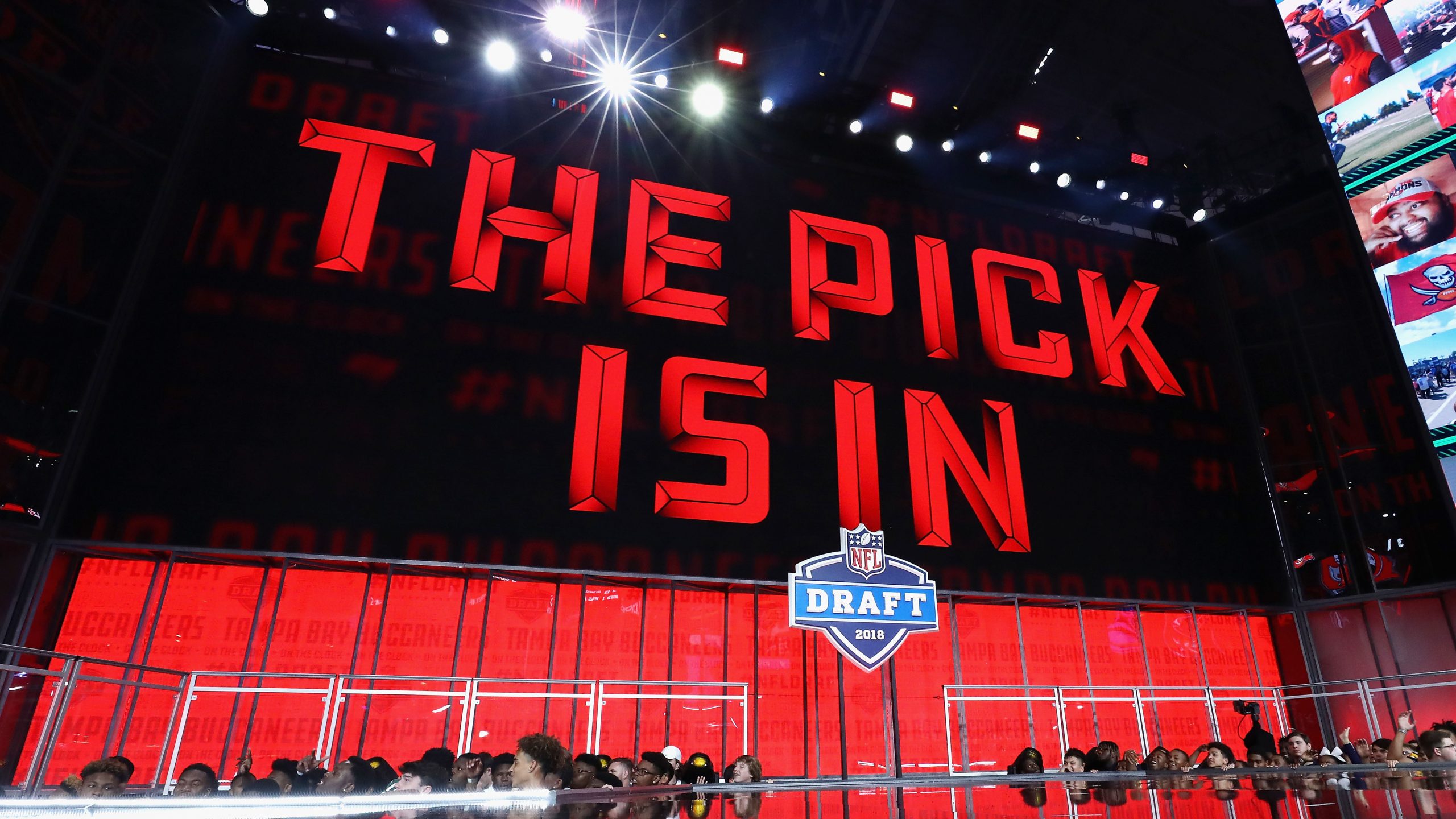 For fans everywhere, this has been the longest sports drought since they were in the womb. Next week, we will finally be graced with some excitement. The NFL has decided to proceed with the 2020 draft. This won’t be the draft that we are all used to seeing, as all picks will be made virtual. We won’t get to see players take a boat across the Fountains of Bellagio to accept their jerseys, fans will be graced with Roger Goodell’s beautiful face over a Zoom call. Exciting, we know. On April 23, football fans everywhere will be able to finally get their eyes on some meaningful sports news. What's the good news in all of this? You can still bet on the draft if the legal sportsbooks in your area are offering props.

With that being said, what is this draft going to look like? We got you. Here are a few things you should know as we approach the 2020 NFL Draft.

Related: How To Create A Sports Betting Algorithm

The 2020 NFL Draft is bound to be a unique one. According to a memo sent by Commissioner Goodell, all 32 clubs will not have access to their team facilities. Each team will have one designated “decision-maker” that is responsible for sending in the final pick to Roger Goodell, who will then announce the pick on a live video. However, team officials will communicate with each other over the phone and through internet applications.

In addition to that, every team will be allowed an in-house IT expert to help out with the issues that are likely to arise at some point, as we’re putting our faith in a bunch of 60-year old men to use new computer applications. All 32 teams will also be connected on a video conference together and on a separate one with league officials. The order will stay the same and the structure of the actual draft process will not change.

2. Teams Are Only Able to Communicate Virtually

Teams will be barred from congregating in any meeting spaces inside or outside of team facilities. The one person who is designated as the decision-maker is the singular employee making the picks. They are far from the only executive that will be involved in the decision-making. Teams will be able to communicate via teleconference with all personnel that are needed for each team, as long as they are in their homes. Despite the fact that some states have started to allow smaller gatherings, the NFL has made sure that all team employees are working from home.

3. It Is Unlikely That a Team Will Miss a Pick Due to Technical Issues

Teams are not prohibited from performing mock drafts prior to the draft. Teams will be well prepared coming into the draft. In terms of technical issues, player personnel departments will be required to stop the draft clock so that the team on the clock can either make their selection or trade the pick. With that rule in place, and IT experts in each of the decision makers’ houses, a team missing a pick is pretty unlikely.

Related: The Operator That Pays You To Play

4. The Draft Will Be Televised

ESPN and NFL Network will provide live daily coverage of the draft for all three days. Round 1 of the draft begins April 23 at 8:30 PM ET, with Rounds 2-3 the following night (Friday) and rounds 4-7 Saturday afternoon. Trey Wingo will host the draft show and provide commentary. Special guests from players, executives, and other analysts are likely to happen throughout the night as well, so tune in!

5. The Draft Will Not Be in Vegas Next Year. Shit.

To the dismay of many sports fans and degenerate gamblers, the NFL Draft will not be rescheduled for 2021 in Las Vegas. The draft is currently scheduled to take place in Cleveland, Ohio and will go on as planned for now. However, the good news is the NFL has not designated a city to hold the 2022 draft so keep your head up.

While there will be no war rooms stuffed to the brim with executives and 30 different phones and screens, all organizations and their members will be communicating over the phone and internet in separate locations. Expect there to be trades, drama, analysis, special guests, smiles, and tears of joy. Teams have been almost entirely restricted from bringing in players for private workouts during this time. Other than the NFL combine and some pro days, the only communication teams have had with players is via the internet. Expect there to be a lot of picks that shake up many mock drafts. Nobody really knows what is going on inside the minds of these NFL clubs.