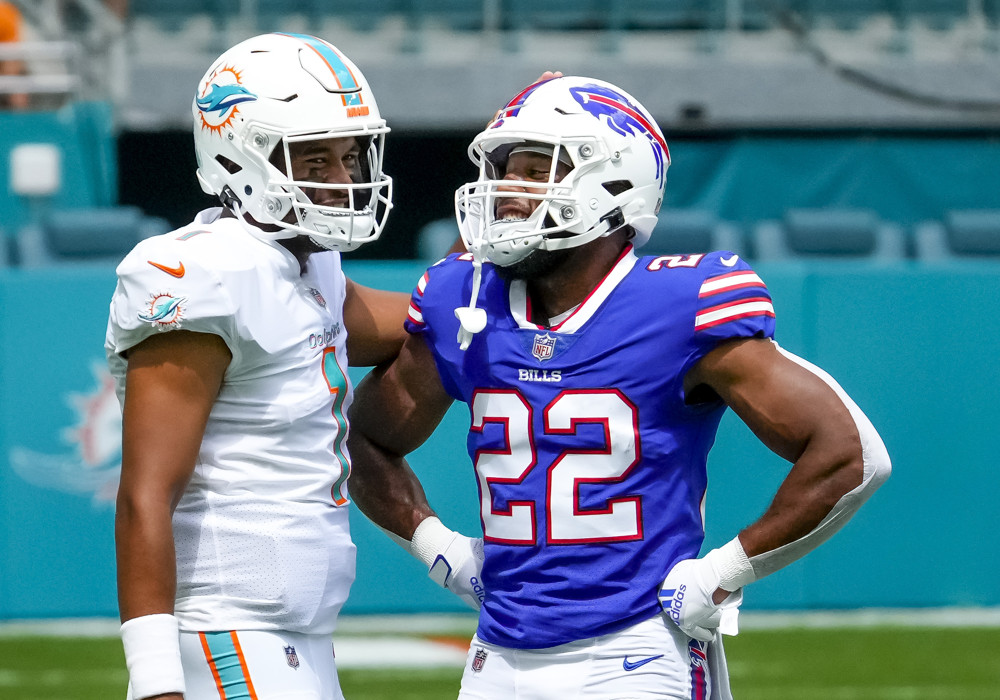 A clean sweep with my player prop picks in Week 7 improved my overall record for the season to 15-6. Week 8 brings plenty of options for player props to choose from with only two teams on a bye, so let’s get right to it and highlight three wagers to consider. All odds were obtained from BetMGM and TwinRivers Sportsbook.

Wentz looks like he’s getting more comfortable with his new team. After a slow start, he has thrown exactly two touchdown passes in each of his last four games. That included during a rain-soaked win over the 49ers in Week 7. The Titans’ pass defense hasn’t exactly been great with them allowing the ninth-most yards through the air per game. So Wentz could have enough opportunities to keep his streak of games with multiple touchdown passes alive.

The good news is that, since returning from injury, Tagovailoa has thrown for 620 yards and six touchdowns across two games. The bad news is that he also threw three interceptions. He has only played in three full games this season, and he registered at least one interception in each of them.

There are two factors working in favor of Tagovailoa being picked off at least one time this week. First, the Bills have 10 interceptions, which has them tied for the second-most in the NFL. Second, with how potent the Bills’ offense is, the Dolphins will likely have to throw a lot to try and keep pace, leaving more opportunities for interceptions.

There should be some added targets up for grabs in this game with tight end Dawson Knox (hand) out. Sanders has already been an important part of the Bills’ offense, receiving at least six targets in all but one of their games. That helped him generate at least 74 receiving yards three times. With the Dolphins also allowing the third-most passing yards per game in the league, the stars could be aligning for a big performance from Sanders.

previous
College Football Best Bets For Michigan vs. Michigan State, Texas vs. Baylor, and More From Week 9
next
NFL Week 8 Picks: Why Steelers +3.5 is an Absolute Lock, Carolina Can’t Be Trusted, and More Smart Money Picks