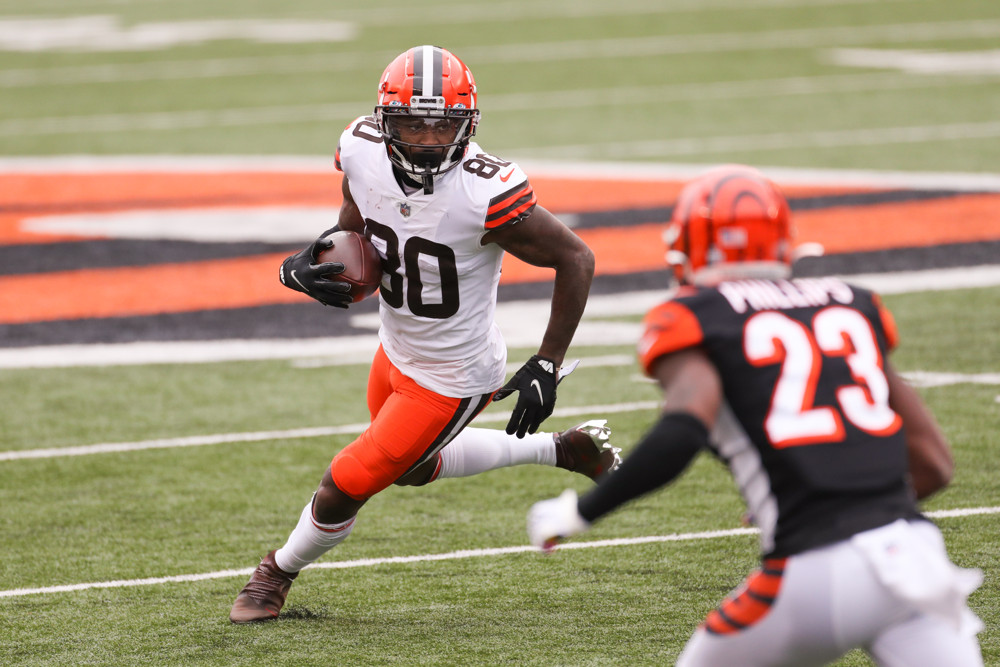 After a 2-1 mark with my player prop picks in Week 8, my overall record for the season sits at 17-7. Injuries and COVID-19 will have a significant impact on the Week 9 slate, which makes things a little tricky on the betting side of things. With that being said, here are three player props to consider for Week 9. All odds were obtained from BetMGM and Caesars Sportsbook.

While Ekeler does have five rushing touchdowns this season, he does most of his damage in the passing game. He has received 42 targets across seven games, including 10 targets last week against the Patriots. He hasn’t let his opportunities go to waste, recording at least 48 receiving yards in a game five times. This could prove another big week for him in that department given that the Eagles have allowed the third-most receptions to opposing running backs in the league.

Cooks has been one of the lone bright spots within the Texans’ offense. Even with the struggling Davis Mills at the helm for most of the season, Cooks has posted at least five receptions in seven of eight games. They have trailed a lot, which has helped him produce 70 targets. With Tyrod Taylor set to return from injury, Cooks will have a much more competent quarterback throwing him passes. In the two games that Taylor has appeared in this season, Cooks has totaled 14 receptions. It should also help his cause here that the Dolphins are tied for the fifth-most receptions allowed by opposing wide receivers.

It looks like the Odell Beckham Jr. saga in Cleveland is coming to an end with reports that he is expected to be released Friday. While he wasn’t exactly performing well, moving on from him means that the Browns will have more depth issues at wide receiver. Enter Landry, who should be their top option at the position. He is battling a knee injury, but expectations are that he will suit up for this game. He has only played in three full games this season, recording five receptions in each of them. The Bengals have allowed the third-most receptions to opposing wide receivers. So taking the over here might be the way to go.

previous
NFL Week 9 Picks: Don’t Count Out the Raiders and Why You Should Trust Tyrod
next
Tonight’s NBA Best Bets: The Bucks Smell Blood and Why The Hawks Can’t Be Trusted