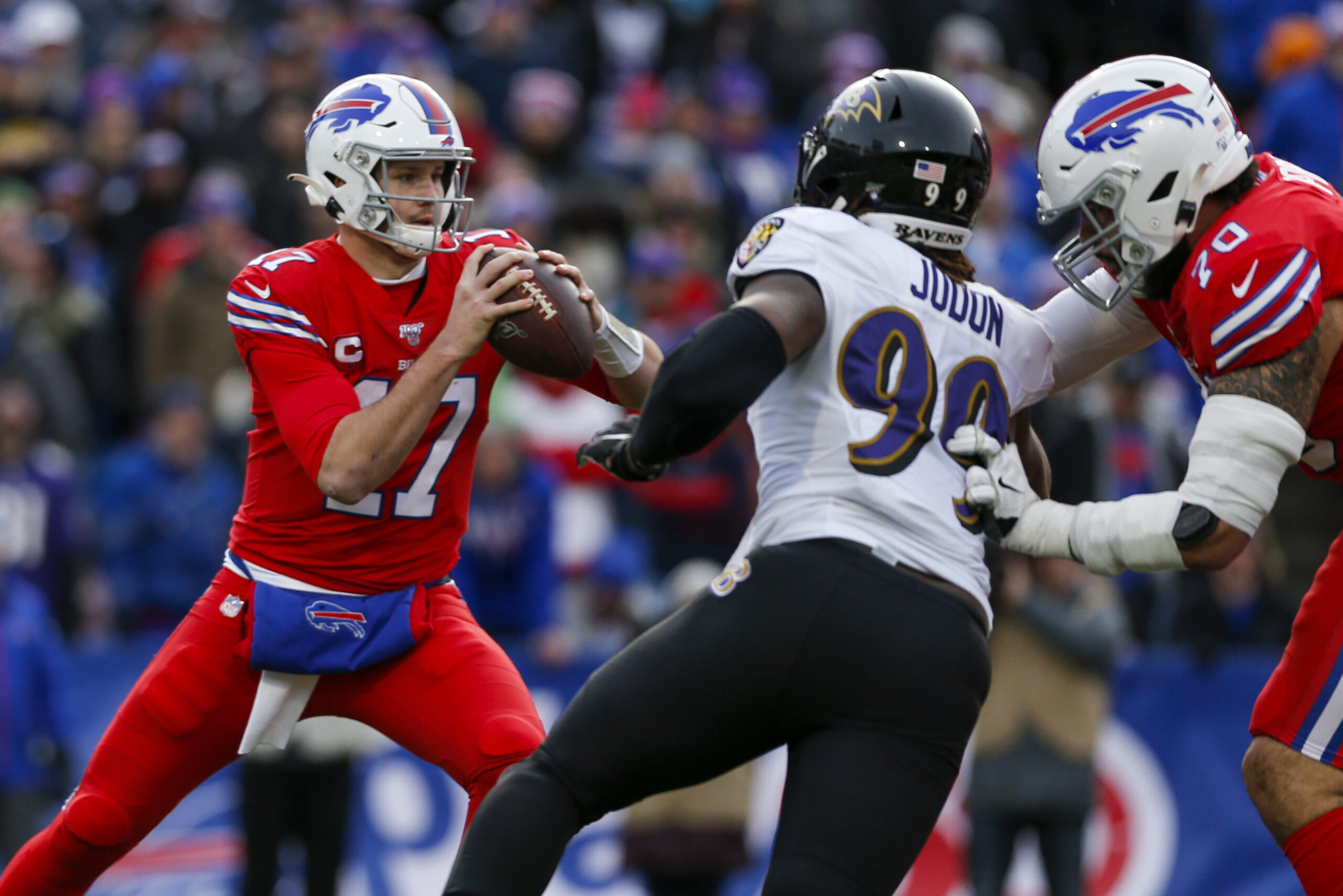 After an exciting Wild-Card Weekend, we’ve now reached the Divisional Round of the NFL playoffs. That means the two teams who had a first-round bye will be in action when the Green Bay Packers host the Los Angeles Rams and the Kansas City Chiefs start what they hope will be another run to the Super Bowl in a matchup against the Browns. The Packers’ game will be played Saturday, along with an exciting matchup between the Baltimore Ravens and the Buffalo Bills. Let’s preview those two contests and discuss a few things to keep an eye on during the games. All odds referenced are from the BetMGM Sportsbook.

The Packers earned the top seed in the NFC thanks to a 13-3 record. The story of their season was the performance of Aaron Rodgers, who might have won himself an MVP Award based on his play. Yes, he reached at least 4,000 passing yards for the ninth time in his career. However, the biggest stat to make note of was his 48 touchdown passes. Not only was that the highest mark of his career, but it really stood out because he had a total of 51 touchdown passes across the last two seasons.

The Rams find themselves in this position almost in spite of the play of their quarterback Jared Goff. He had only 20 touchdown passes while throwing 13 interceptions. They relied heavily on their running game, including promising rookie Cam Akers. He finished the regular season strong and destroyed the Seattle Seahawks last week, rushing 28 times for 131 yards and a touchdown. Their defense was also stellar, allowing a league-low 17 passing touchdowns while picking off 14 passes.

How Rodgers performs against the Rams’ stout secondary could be the story of this game. Mainly, can he get the ball to star wide receiver Davante Adams, who will likely be shadowed by one of the best cornerbacks in the league in Jalen Ramsey? The TomBox algorithm is confident that Adams can perform well despite this tough matchup, projecting him to finish with 9 receptions for 122 yards and a touchdown.

Another area of concern for the Rams is the status of Goff, who is still recovering from a thumb injury. He came on in relief of John Wolford last week to throw for 155 yards and a touchdown. The TomBox algorithm indicates a big performance could be in the cards for Goff, with him being projected to throw for 308 yards.

Four our second Saturday game of the Divisional Round of the NFL playoffs, the Baltimore Ravens face the Buffalo Bills. Both of these teams are coming off of big wins last week that helped exercise some playoff demons. For the Ravens, their defeat of the Titans marked the first postseason victory of Lamar Jackson’s career. He didn’t exactly have a great game through the air, throwing for 179 yards, an interception, and no touchdowns. However, he did a ton of damage on the ground, rushing for 136 yards and a score.

The Bills’ win over the Colts wasn’t easy, but it ultimately marked their first playoff victory in 25 years. Josh Allen erased any doubt that his regular-season emergence was a fluke. He threw for 324 yards and two touchdowns while also rushing for 54 yards and another score. He was a touchdown machine during the regular season, providing 37 through the air and eight on the ground.

Allen’s ability to run could be tested here since the Ravens were tied with the third-fewest rushing touchdowns allowed (13) in the league during the regular season. They also allowed the eighth-fewest rushing yards per game. Further complicating matters on the ground for the Bills is that Zack Moss (ankle) has been lost for the rest of the playoffs. The key to this game is likely going to be whether or not the Bills can slow down the Ravens on the ground. During the regular season, the Bills allowed sixth-most rushing touchdowns. Meanwhile, the Ravens finished with the third-most rushing touchdowns. The TomBox algorithm projects the Bills to hold Jackson to 74 rushing yards. If that comes to fruition, it might make it difficult for the Ravens to advance.