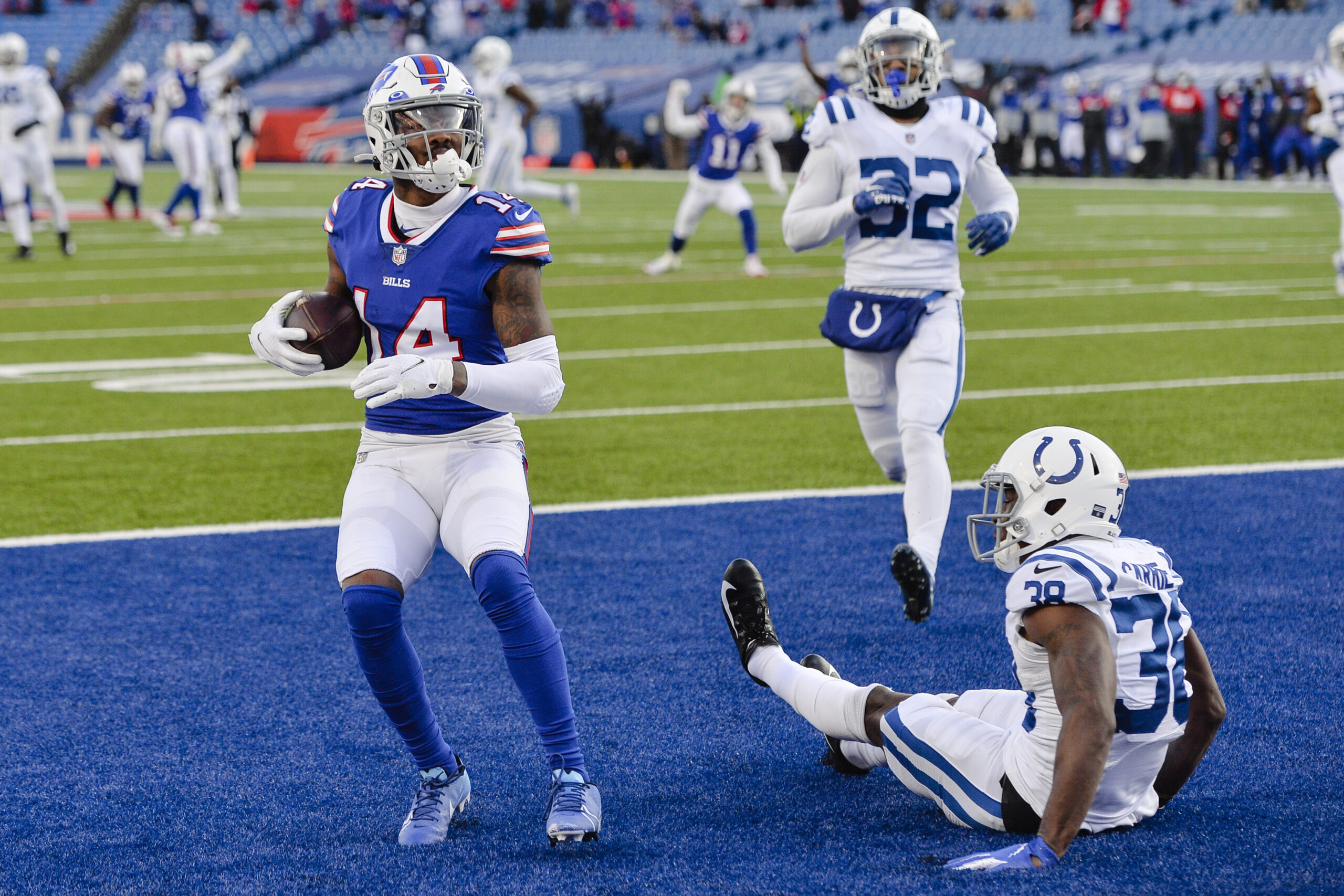 What a bloody weekend for those who laid the spread on the favorites. Only 2 out of the 6 teams favored covered the lines. Looking ahead to this week, we have 8 teams remaining. Let's take a look back at how these 8 teams were able to advance from last week's Super Wild-Card Weekend.

The Colts surprisingly kept up with the Bills for the majority of the game. Rivers looked decent through the air. But it was the rookies Jonathan Taylor and Michael Pittman who really provided the Colts with the spark. Pittman finished with 5 receptions for 90 yards on 10 targets. Jonathan Taylor wasn’t used sparingly, as he racked up 84 total yards on 24 touches. It’s safe to say that these two players are the future for that organization. Despite the valiant effort, Josh Allen and the Bills' offense sent Ol’ Man Rivers... down the river. His season is now finished, and he’s one year closer to retirement. One year closer to having to spend time with his 9 children back home on the ranch – you can’t avoid them forever, Philip.

Well Russ, time to switch that door sign to closed and hang up that apron. Ever since trademarking “Let Russ Cook” – he has done everything but that. There is really nothing to say besides how putrid Seattle looked Saturday. That offense will always remain limited until they address that offensive front because Wilson can’t do everything. Maybe it's time to add some more cooks to that kitchen.

If you’ve followed Brady throughout his career with the Patriots, you probably know there is one way to slow him down – blitz him. When Brady’s under pressure, he struggles. It’s like he becomes flustered and looks like his past self from his famous Pro Day video in 2000. Washington was able to keep it close by constantly blitzing and forcing Brady to make throws out of the pocket. Unfortunately, the comeback story for both Ron Rivera and Alex Smith ends here. The Bucs have just too many weapons, and a loss was never really in the picture.

I can just imagine how fulfilling this victory for Harbaugh and the Ravens must be. They finally got revenge on the Titans after the tough loss in both the playoffs last year and in overtime during the regular season. More importantly, Lamar gets the “can't win in the playoffs” critics off his back. For the most part, the Titans looked good. A.J. Brown is a defensive nightmare, and the way Derrick Henry dominates in the running game is otherworldly.

This is one of the few Super Wild-Card Weekend games that played out the way everyone expected. The Saints took away David Montgomery and, in doing so, rendered the Bears useless. Without a running game, the Saints keyed in on Robinson and held him to just 55 yards. The Bears did have a couple of opportunities for splash plays but failed to convert on them. The Saints were able to control most of the clock and never were in danger of losing this one.

Where do I even begin? What an absolute mess of a game on the Steelers’ part. When they finally start looking like the team we saw in the first 11 weeks of the season, they end up totally self-destructing. As the regular season came to end, there were some serious offensive flaws being exposed. They can't run, and their entire offense looks discombobulated. Big Ben looks sluggish, uninterested, and ready to hang up the cleats. If this game doesn't start out the way it did, I still think they lose. As for the Browns – it's hard to know what you have. Even having that massive lead in the first quarter, they let the Steelers flirt with a possible comeback.

previous
Breaking Down the TomBox Picks For Packers vs. Rams
next
Worst NBA Haircuts of the Season... So Far