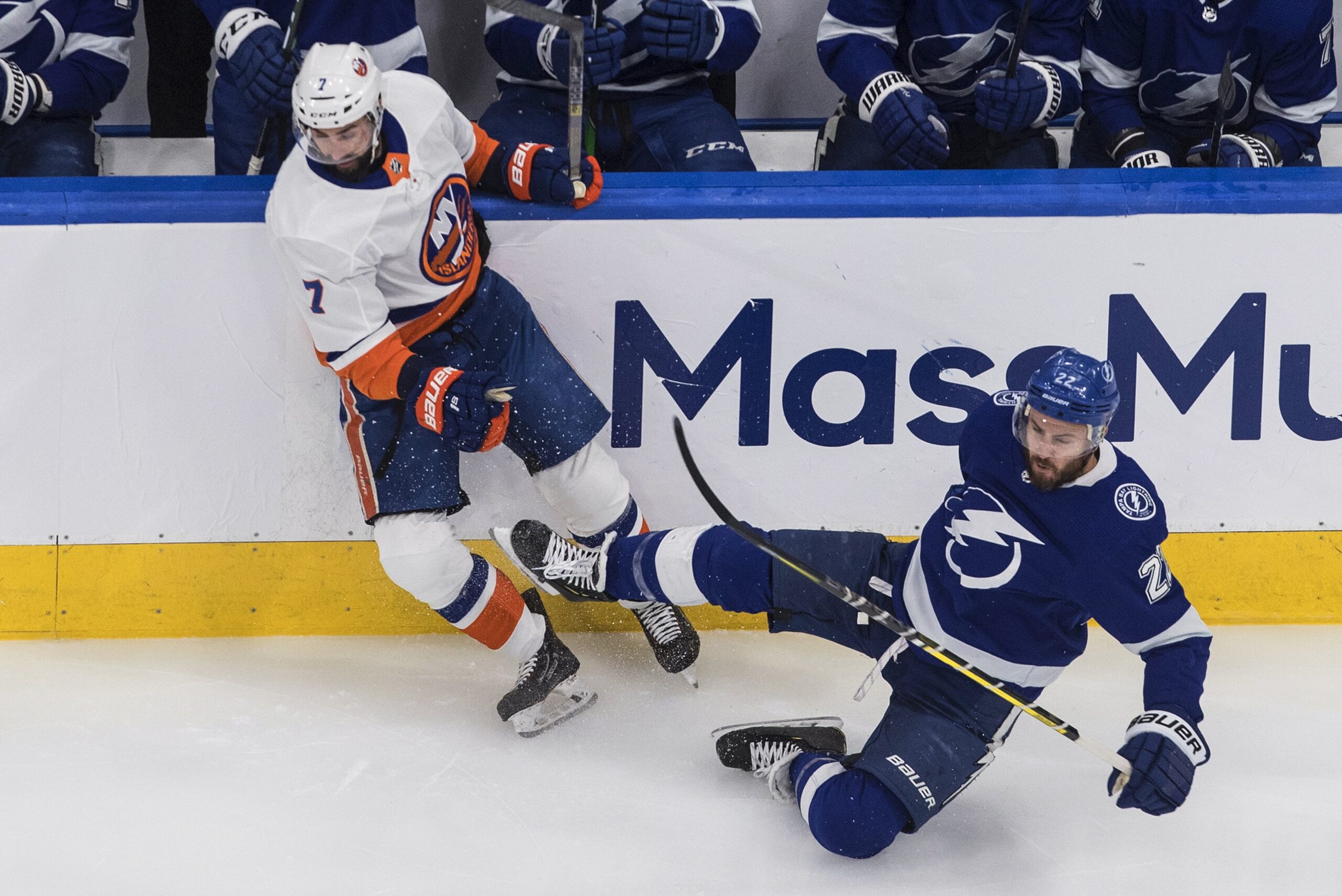 My goodness, the New York Islanders are a lucky group of human beings right now. They should have lost Game 5. All indicators pointed to a sinking ship. Let me be clear, the ship is still sinking; the Islanders will lose the series, but somehow they stayed afloat for just one more game. I don’t know whether to call them idiots for taking a double minor penalty at the end of the 3rd period of a tied elimination game or badasses for managing to get through it.

For a moment, let’s give the Isles just a little bit of credit. But the Islanders took control of the faceoff circle, winning 54% of the faceoffs (42 out of 77), something that they’ve struggled with within the last two games. Not bad at all, gentlemen. While the Islanders did get outshot in Game 5, the chances they did have were solid, measured, and effective. They did not get overeager and didn’t make desperate mistakes offensively.

Lots of fans are saying it’s ridiculous that Tampa needs to play another game when it’s so clear they’ll win the series, but here’s the deal. Bolts, by that same token, if you wanted to get some rest before the Cup then you had four glorious minutes to put a puck in the net and didn’t do it. Likewise in the second OT, Kevin Shattenkirk’s whiff on a shot from the point in double overtime should not have happened. It led to the game-winning goal on a 2-on-1 odd-man rush. At the very least, there are no excuses not to connect with the puck there. Sorry fellas, earn your rest or lace up for late series games.

But I’m not worried about the Lighting AT ALL. They are 3-0 following a loss in the 2020 playoffs, which shows they know how to bounce back. They even average almost 4 goals per game after losses. For you superstitious bettors out there, you can't overlook this fun (or lucky) fact: Tampa is 5-1 in The NHL Bubble wearing their white road jerseys, which they’ll be sporting tonight.

Game 5 was an objectively fun playoff hockey game, and Game 6 should be just the same. Even if the Isles show up and play decently well, like they did on Tuesday night, they will not get as lucky in OT twice in a row. I’m all in on Tampa tonight. In fact, I’m double or nothing after taking a loss in Game 5.