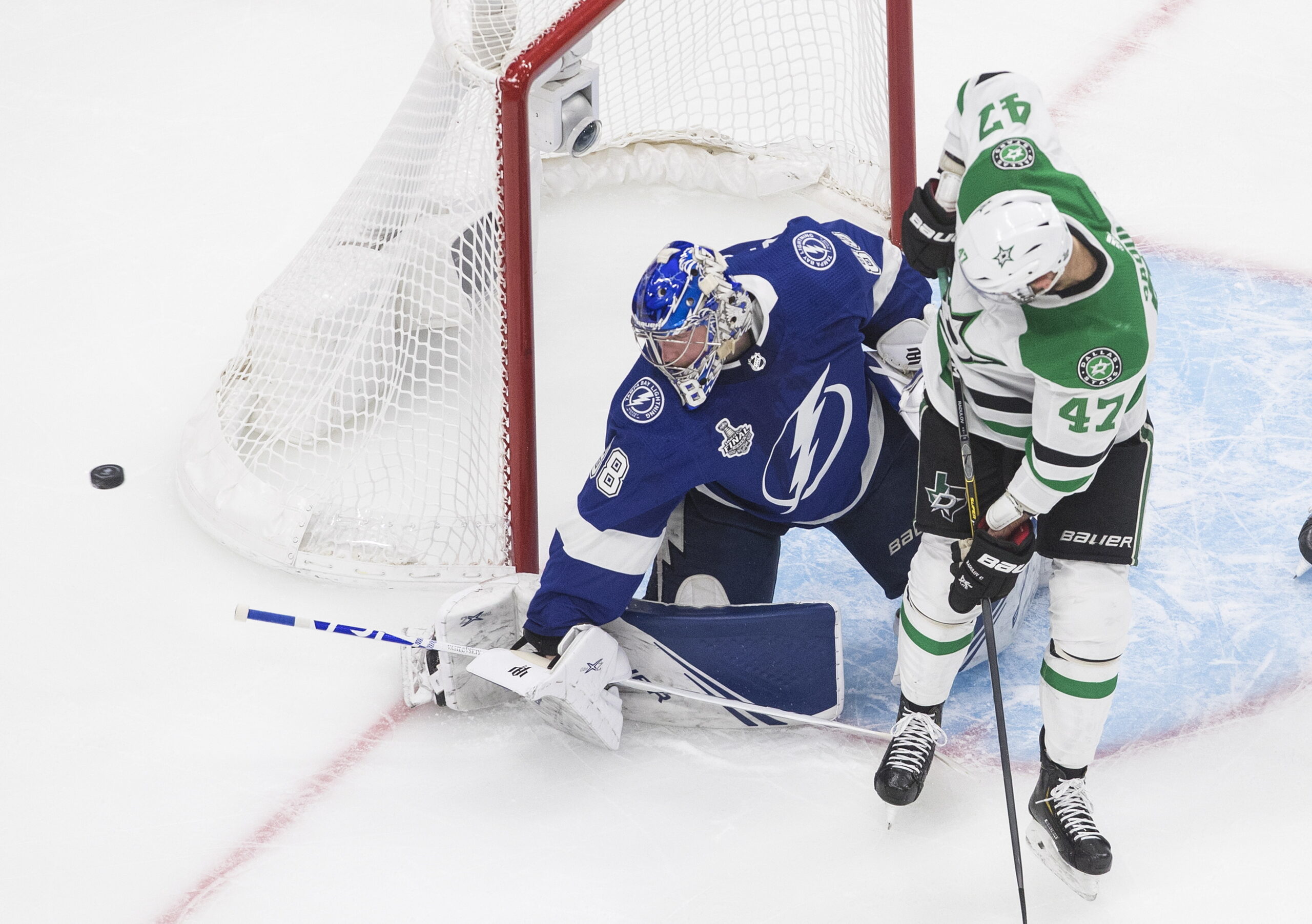 The Series So Far

If there’s one thing we know about Tampa, they LOVE being the designated road team in the NHL Bubble. In fact, they’re 6-1. Can’t say for sure why because, obviously, the jersey is literally the only difference. But at this point, it isn't a coincidence. Those white jerseys conclusively FIRE. THEM. UP. Likewise, the Bolts have a pretty good track record when the series is tied heading into Game 3. This is important because edging out series advantages early on is crucial. As a Rangers fan, I know for a fact that having your backs against the wall in the Stanley Cup finals is bad news.

Dallas, on the other hand, is 2-1 going into Game 3 in 1-1 series this year. Look, of course, they’ve recovered nicely each time because they made it this far. I promise I’m not taking anything away from their resilience. But for tonight, the facts speak for themselves, and the Lightning have the upper hand.

What’s more, Tampa will be far more rested than when they were coming into their last loss in Game 1. That time they only had one day to prepare after winning an emotional Game 6 in overtime against the Islanders in the conference finals. It only makes sense that an insane schedule caught up to them. But now they’ve had the chance to catch their breath. Of course, another thing that’s on my mind is that this relatively similar team won Game 2 against Chicago in the 2015 Cup finals. Then they won Game 3 purely because of the momentum.

Sorry, Dallas fans, not only are the Lightning in a good position tonight, I have legitimate cause for concern for your squad on its own. The Stars tend to struggle when they get outhit in the playoffs, dating back to the conference finals when they lost Game 2 to Vegas. These teams have combined for a total of 207 hits through two games. So expect another very physical battle in Game 3 and… and for Dallas to get outhit again.

Tonight, my money is on Tampa because I’m all about precedent. Every series in the playoffs, Tampa has won at least two straight games and have taken 2-1 series leads after a Game 3 in the playoffs. For teams that reach the Cup, if they keep doing what they’re doing (as Lighting did in Game 2), they’ll be just fine.

These are the Stanley Cup Finals, after all, so we’re making a winner-loser prediction AND picking an over/under in each article. Tonight, I’m sold on a low-scoring game. Both goalies Andrei Vasilevskiy and Anton Khoudobin, have been on fire. What’s more, these are both top 10 defensive teams in the league. While Tampa are, of course, the number one goal scorers, they’re not going to put big goal-scoring games from here on. The stakes are too high to take big risks, and again, Dallas’s defense is a force to be reckoned with.