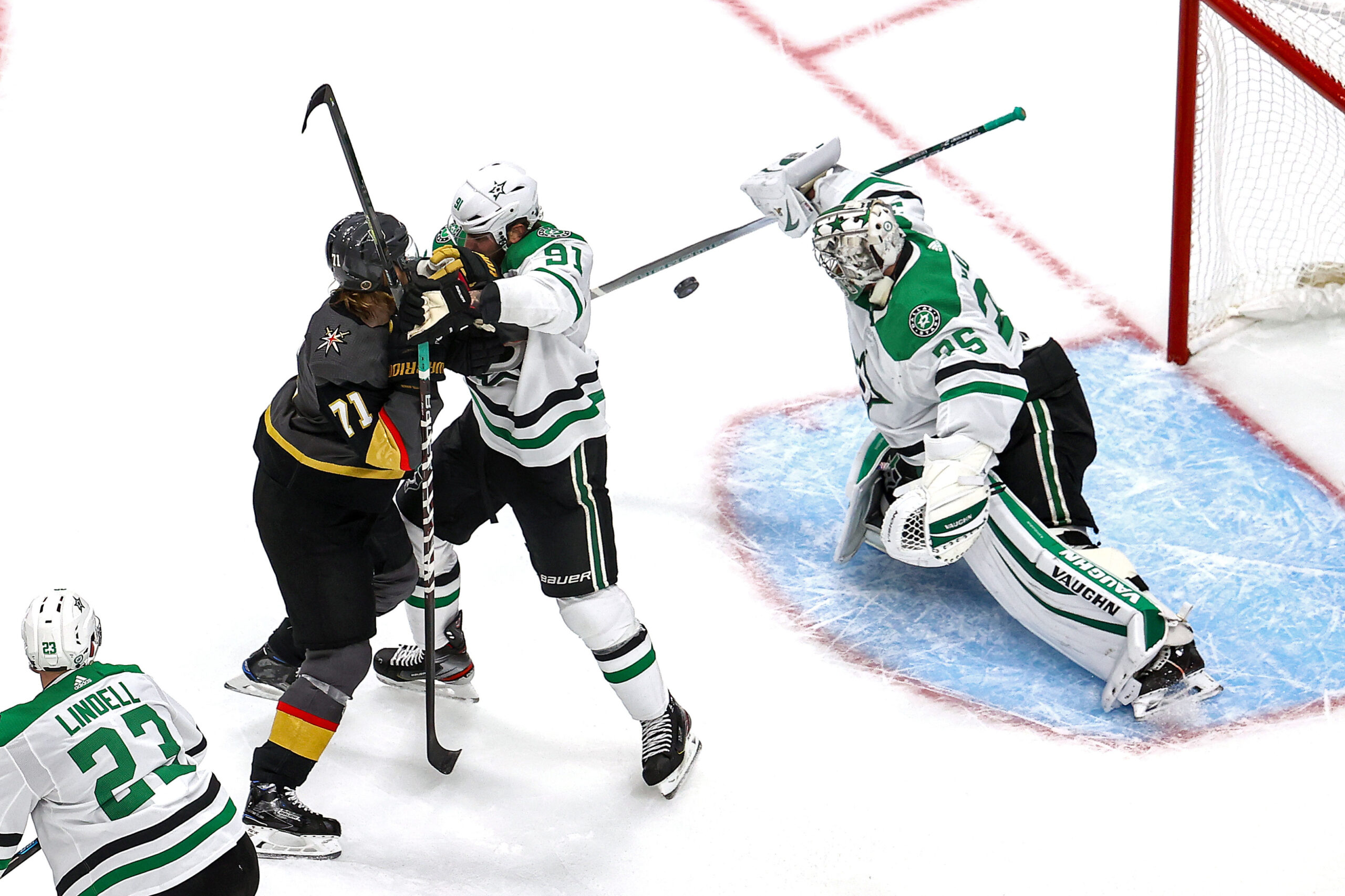 First and foremost, we’re picking the under for this one. Game 1 between these two teams was a 1-0 win for Dallas and was an absolute goaltender dual between Marc-André Fleury and Anton Khudobin. Other offensive stats further indicate an extremely even matchup: Both NHL teams were dead-even in shots, each team with 25 shots on goal in Game 1. And in addition, the Stars had only two more hits than Vegas (49-47 hit totals). Expect a low-scoring game for these reasons and because both teams rank in the top 15 for goals allowed.

IMPORTANT SIDE NOTE FOR PLAYOFF HOCKEY BETTING: You rarely see high-scoring games in the NHL conference finals (both teams know you won’t advance to the Stanley Cup Final unless you play defense and block shots).

Let’s talk about a winner and a loser. To take this one, Dallas will have to stay out of the box because Vegas’ only goal in Game 7 against Vancouver was a power-play goal. They know how to capitalize on those opportunities. It’s worth mentioning too, however, that despite taking more penalty minutes in Game 1, Dallas’ PK was way better than it was in Game 7 versus Colorado, in which they gave up a brutal special teams goal.

But here’s the thing about Vegas that we cannot take for granted. This is a pretty similar team to the one, two years ago, that lost Game 1 of the Western Conference Finals to the Winnipeg Jets and then went on to win four straight to advance to the final. Slow starts don’t last for this squad. They keep pushing, defy odds, and make history. Dallas does not have what it takes to beat them tonight.

Tampa came into Game 1 off a week-long rest, but the last thing they looked like was rusty. That’s pretty impressive. They’ve clearly demonstrated that they're unaffected by momentum breaks and can show up as their best selves no matter what. That’s a telltale sign of a team that has what it takes to advance to the final.

The Islanders, on the other hand, looked like it was their first day playing hockey. After almost humiliating themselves by blowing a 3-1 series lead to Philly, they looked demoralized and tired. Giving up 8 goals in Game 1 is NOT a good start. This is the first Game 1 that the Isles have lost in the 2020 playoffs, which is a sign that they’re losing steam and are hanging on by a thread; absolutely no chance of advancing.

Okay, fine. My favorite thing in the world is bashing the Islanders. So while, of course, I’m enjoying this thoroughly, the stats speak for themselves. Their PK was only 50% successful at stopping the Lighting. As a Rangers fan, I KNOW that leads to a swift downfall. This team just isn't up to facing the challenge of the number 1 goal-scoring team in the NHL.

While we’re not predicting a clean sweep, we will give the Islanders their courtesy game when they show any sign of life.