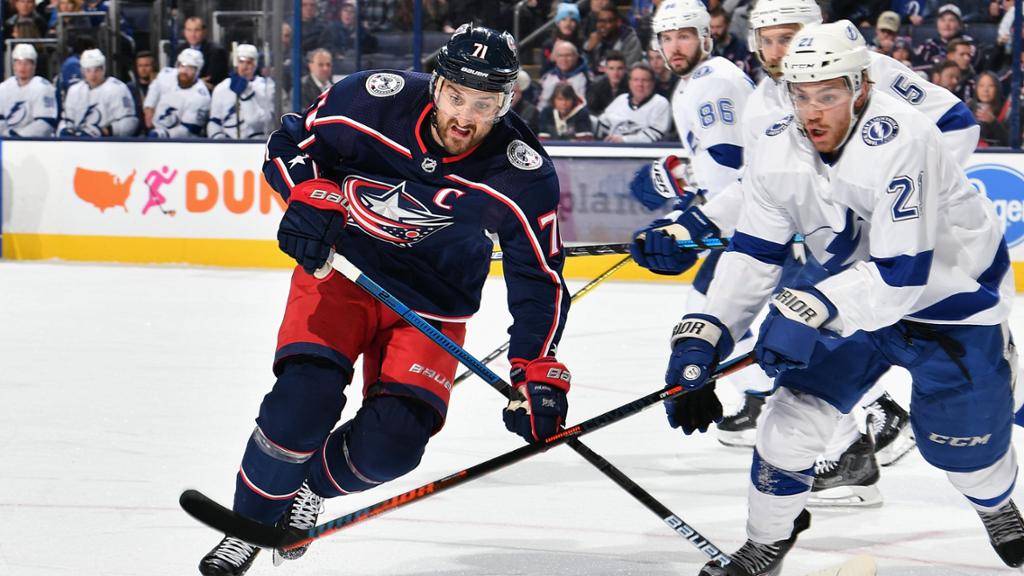 To beat Toronto and advance to this round, Columbus had to overcome one of the most brutal and embarrassing playoff losses in the last 5 years. It’s an understatement to say they did so with a vengeance. After letting up 3 goals in less than 4 minutes in Game 4, they didn't allow a single puck in the net for 60 minutes in Game 5. This is an extremely impressive team unquestionably built for the NHL playoffs. And we think they will ride their momentum and take Game 1 against Tampa.

This is a rematch of last year’s Round 1 when Columbus swept the Lightning (who had won the Presidents' Trophy). We think it’s smart to bet on Columbus to win this series because they have the telltale signs of a playoff hockey team making a run. They do not give up, and they defy expectations. And in this crazy NHL tournament that is the Stanley Cup Playoffs, these things matter even more than the talent of the team. We see it time and time again. Nobody thought Columbus would be here right now after they lost Panarin and Bobrovsky to free agency. Nobody thought they’d recover from Game 4.

As far as Tampa goes, there are a few things to keep in mind. Captain Steven Stamkos has not played since February, and defenseman Victor Hedman is listed as day-to-day after his brutal injury Saturday night against the Flyers. Despite these setbacks, however, Tampa is the top-scoring team in the league. Special teams will be something to keep an eye out for in this series. The Lightning are a top-five power-play team, whereas Columbus has allowed the fewest power-play goals. (This is no surprise under Tortorella's watch.)

There’s a lot of pressure on Jon Cooper and the Lightning after Columbus swept them last year. And Columbus is playing with house money, which is why we predict they will stun Tampa and pull out an upset victory in Game 1.

For Game 1 of the 2019 Eastern Conference Finals rematch, we’re picking under. For starters, every game that the Hurricanes and Bruins have played in since the restart of the season has registered 5 goals or less. History favors the low-scoring prediction as well. When they met in the regular season back in December, the Bruins won 2-0. It’s also noteworthy that both of these teams are in the top 12 in goals per game. But Bruins goalie Tuuka Rask leads the NHL in GAA with 2.12.

Special teams will be the X-Factor at the forefront of this series. The matchup to watch will be the Bruins' Power Play against the Hurricanes' penalty kill. Carolina, on the other hand, ranks 4th in PK, and they scored the 2nd-most shorthanded goals.

To advance to the next round, the Bruins must stop Sebastian Aho and Andrei Svechnikov whenever they are on the ice if their level of play against the Rangers is any indication of their threat this series.

The Bruins played over the weekend, and Carolina has not played since clinching their victory last Tuesday. The Hurricanes are a more experienced team in the NHL playoffs compared to last year. But the rust will catch up to them, and that's why we are picking the Bruins to take Game 1.