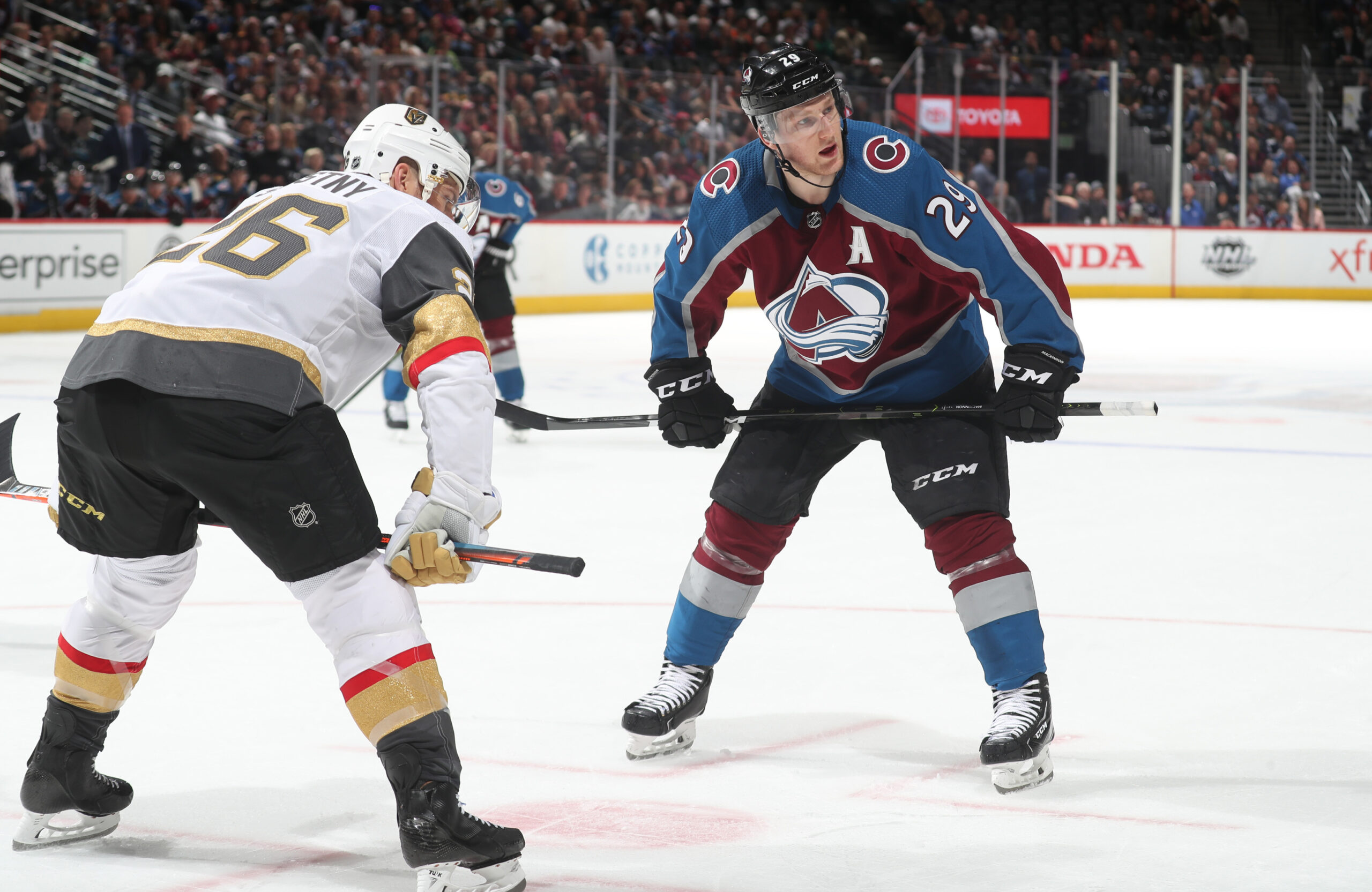 After a thrilling 3-2 win on Saturday in Lake Tahoe, the Vegas Golden Knights and Colorado Avalanche shift their divisional rivalry back to Denver in the best of the eight-game NHL slate for this Monday night. As always, our TomBox AI algorithm has simulated each game thousands of times to expertly and accurately predict each game outcome. And we’re dumb enough to provide it for free!

Colorado superstar MacKinnon is averaging 4.15 shots on goal per game, and our TomBox sports betting algorithm projects that he will come up with 4.4 of these chances in this game. The TomBox algorithm also projects Vegas’ Pacioretty to do even better, with 4.6 shots on goal. Both are well over the 3.5 needed to turn these best prop bets into winners, albeit small ones.

Despite the Kings riding a four-game winning streak, currently the longest in the league, the TomBox algorithm expects that to end tonight in an emphatic fashion. The Blues are 68.1% favorites to win this game, with the TomBox algorithm projecting a 3.6-2.5 margin. This is because St. Louis is expected to have five more shots on goal than Los Angeles and a two-percentage-point advantage in save percentage.

Though the Stars are on the NHL’s longest current losing streak at five games, the TomBox sports betting algorithm has them as a 61.8% favorite to win in South Florida over the Panthers. However, we’re also projecting a toss-up, a 3.2-3.2 game, which sounds confusing. But when all Dallas has to do to win for you here is cover 1.5 points, the bet becomes crystal clear.

Vegas and Colorado are the top two in the league in goals allowed per game, so why is the TomBox algorithm projecting a 3.7-2.8 win for the Avs?