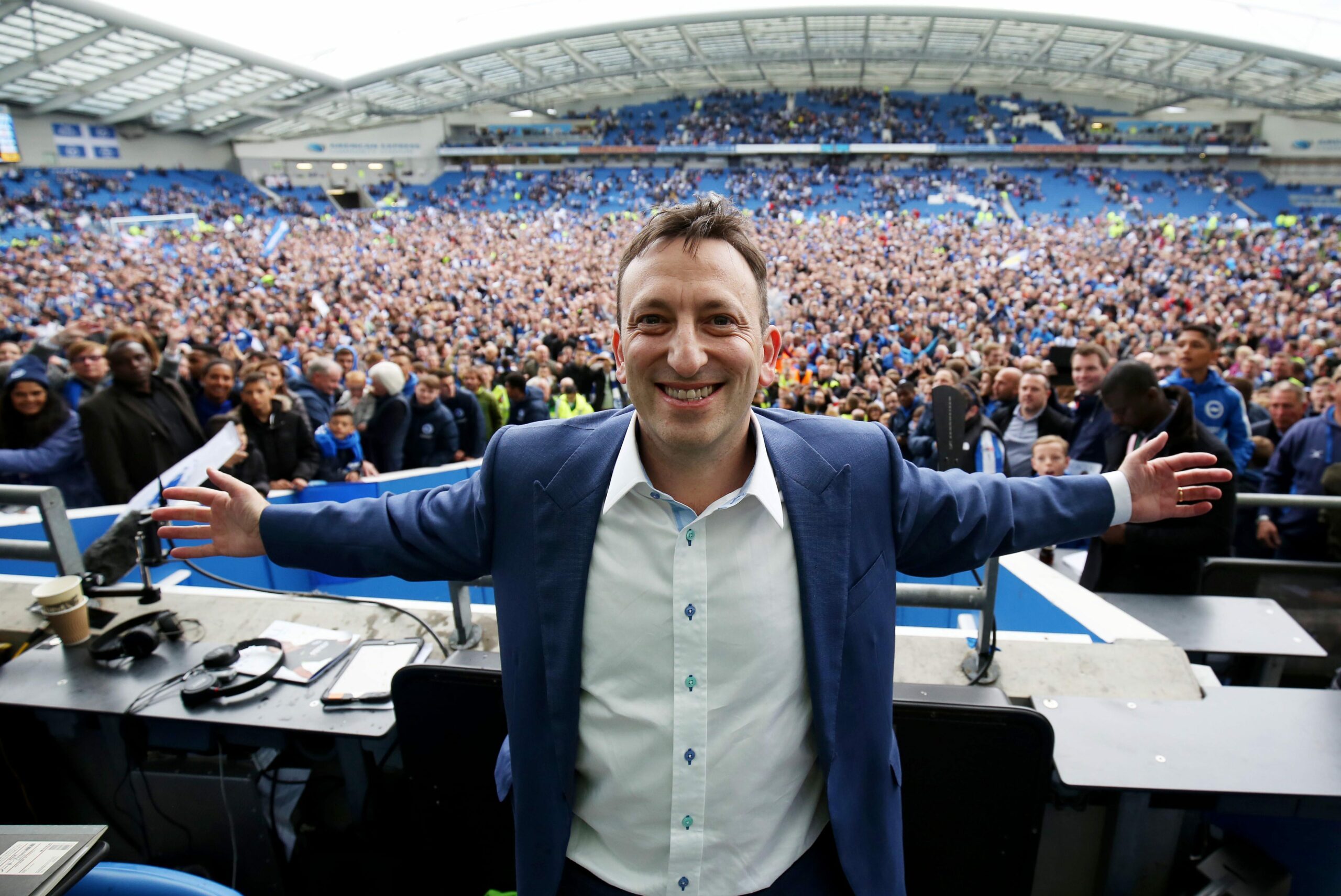 Believe it or not, there’s a certain breed of sports gambler that can use their winnings to survive and even thrive in the world, leading to a lavish lifestyle, hiring your own employees to place your bets, or even buying professional sports franchises. Here are five of the most interesting, famous, and controversial professional gamblers of our time. They will either serve as an inspiration or a warning or, most likely, both.

First up we have Voulgaris, a Greek-Canadian bettor who’s established himself as a highly successful gambler in a variety of games, particularly poker and the NBA. In 2018, he transitioned his analytical skills and basketball knowledge to a role as the Director of Quantitative Research and Development for the Dallas Mavericks. Not too shabby for ol’ Bob.

Voulagaris first established his reputation as an NBA sharp in the 1990s, when he claimed to have won over 70% of his bets and millions of dollars a day. His secret? He studied the behavior of three head coaches in the league – Eddie Jordan of the Wizards, Jerry Sloan of the Jazz, and Byron Scott of the Nets – and bet heavily on certain “tells” and patterns in their strategy that he noticed. When this stopped working, he switched up his strategies and again became famous in 2002, when he started taking big action on the first and second half spreads across the league, finding a weak spot in the sportsbooks’ existing process.

Eventually, as they tend to do, Vegas caught on to his approach. But he switched his strategies for a third time. He began utilizing the NBA’s publicly-available play-by-play statistics to create computer models to predict team performance across the league. The model, known as the “Ewing,” became famous in betting circles and experts consider it the most advanced NBA betting analytics tool.

In 2018, Mark Cuban grew tired of Voulagaris making money betting on the Mavericks and convinced him to come work for Dallas as “Director of Quantitative Research & Development,” a role they literally invented for him. Judging by their performance in The Bubble, it seems like his work building the roster has already paid off.

Billy, Billy, Billy. Walters is hands down one of the biggest legends in the sport betting world, both for his incredible success that led to a $200-million net worth and his shocking fall from grace that ended with a 5-year federal prison sentence and a $10-million fine. Born in 1946, he’s one of the true pioneers of gambling in America. And he has been a constant in the sports betting world for decades.

Billy claims to have been gambling since the age of 9, when he placed a bet on the Yankees in the 1955 World Series. He never really stopped and, after moving to Las Vegas in the 1970s, he began to establish a reputation as a gambling sharp. His reputation grew in 1980 when he established The Computer Group, which many believe to be the first statistical analytics gambling company. By the end of his time in Vegas, he was so well-known that no sportsbooks would take his bets. He would have to rely on runners and employees to place them for him. He claims to have a career betting percentage of 57%.

Walters loved making huge bets, whether it was on himself on the golf course (where he reportedly has won over $1 million in a single round and over $400k on one hole) or on big games, including Super Bowl XLIV, where he took home $3.5 million. With such large amounts of capital, he was even able to make money by intentionally losing. His signature move later in his career was placing big bets on the underdog, forcing the odds to close at a favorable line, and then betting even more on the favorite at the favorable line.

Eventually, his gambling ways caught up to him...just not the way you’d think. In 2017, a judge sentenced him to 5 years in federal prison for his role in an insider trading case involving the company Dean Foods that helped him gain over $43 million. The Feds released him in April due to COVID concerns but is confined to house arrest until 2022.

Anthony Grant Bloom, better known as “Tony the Lizard,” is truly living the dream of any sports gambler – he has bet his way into purchasing his own professional sports franchise. The 49-year-old Englishman and founder of Starlizard, known as the “hedge fund for betting,” is reportedly worth several billion dollars. (His true net worth remains a mystery.) And he is currently the majority owner of Brighton & Hove Albion Football Club.

Like Walters, Bloom is a life-long professional sports gambler who earned himself the nickname “The Lizard” due to his cold-blooded playing style on the poker table and with sports betting. Bloom’s key strategy is simple – to win big, you have to be prepared to lose big. He places large bets with massive payouts and tries to focus on his total earnings versus a high winning percentage. He also leans heavily on market inefficiencies, including the “injured players theory,” which states that bookmakers often overreact to the impact of an injury and bettors should place their money on the team with the injured player.

When Bloom established Starlizard, it was largely considered the first hedge fund for sports betting and the largest gambling operation in the UK. (Unfortunately, very limited data is available about the company.) The company operates as a consultancy and does not take action but instead offers advice based on their analytical data models. Due to the company’s massive success and Bloom’s long history of gambling wins, including several strong runs in the World Series of Poker, The Lizard was able to buy Brighton & Hove Albion in 2009 and remains the owner today.

We’ve covered Patz’s exploits in depth in the past (and even published an update more recently). But no list of famous gamblers is complete without his name on it. During the fall of 2019, Parlay Patz, then a college student in New York City, made over $1.1 million exclusively through parlay betting, including one stretch where he made over $460k in three days. He soon became the talk of the gambling world, an overnight sensation who would drive his brand new Mercedes Benz across the bridge to bet from a gas station in New Jersey and take his friends on private jets to the Virgin Islands.

And then it all came crashing down after he was exposed for sending thousands of death threats to college and pro athletes over Instagram DMs and arrested by the FBI for harassment. They forced him to pay a $100,000 bond, and he now faces up to 5 years in jail.

The whole story is absolutely insane, so go check it out here (and our update here).

James is a living testament to the power of being a complete and total nerd. A lifelong mathematician, James has managed to work his way to a $2 million net worth through his career as a professional sports gambler, and most notably, a Jeopardy! contestant in 2019, where he employed gambling strategies to win thirty-two straight games and the third-most winnings of all time.

Holzhauer has been a math prodigy since the age of 7, when he skipped three levels of math. And like any good gambler, he has used his natural gifts to make bank on sports bets. After graduating college and being turned down by the Cubs for a role in the front office (wonder if Theo Epstein regrets that one), James began focusing on gambling full time and developed a specialty for in-game betting, where his ability to rapidly calculate odds and payouts helped him seize opportunities instantly. His wagering style is also heavily reliant on shopping lines and finding large discrepancies to middle.

While he developed modest fame and earnings as a professional sports gambler, he rose to prominence in 2019 when he joined Jeopardy and applied his gambling strategies to the trivia game. He employed a technique known as “flipping the board,” which meant that he would pick the higher-priced questions first to accumulate points and then heavily wager on the Daily Double. He rode this strategy to over $2.5 million in winnings. Since his run ended, he has continued to bet professionally, compete in the World Series of Poker, and appear on additional game shows.

What Can We Learn From A Professional Sports Gambler?

While these guys are without a doubt waaaay better gamblers than you, they’re all testaments to the importance of doing thorough research, sticking to a consistent strategy, and finding inefficiencies across the books or within certain sports to win big bets.