The Playas Hall of Fame 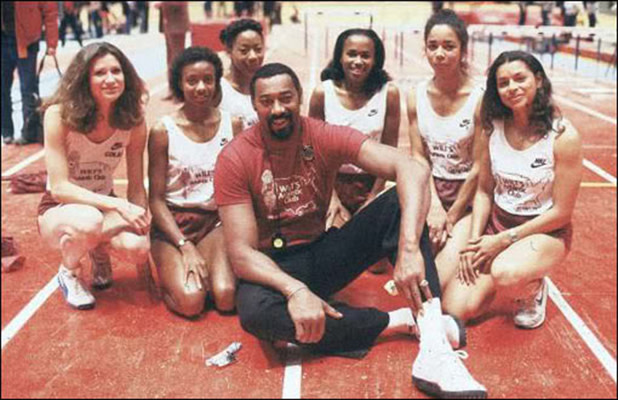 It’s not easy to get into the Playas Hall of Fame. Many an athlete has led a debaucherous lifestyle on the road with honeys, dime pieces, hoochie mamas, and baby mamas scattered across the globe.

The lucky honorees listed below have embraced the word “Playa” and given all the kids out there something to strive for. The men below, the "playas," may have not been able to keep a marriage going and some have Playa’d their way out of the sport they loved, but no matter what they’ve done, I’m sure they had a good time doing it.

Ladies and gentlemen, boys and girls, let me present to you the 13 first ballot PLAYAS that will be inducted into the PLAYAS HALL OF FAME.

As the tale goes, the dashing winger from Belfast was lying drunk and naked in bed with the winner of the Miss World Pageant, Marjorie Wallace, by his side. A pile of money that they had just won at the track was scattered all about and booze bottles littered the floor.

A room service waiter, an elderly Irishman, ambled into the room with a bottle of champagne tucked under his arm. He glances around the room at the debaucherous scene, looks over at the mutton-chopped superstar, and with a look of disappointment on his face asks “Where did it all go wrong George?”

Is there a man alive with a better spank bank than Derek Sanderson Jeter? I don’t think so.

The Nature Boy claimed that over 10,000 women had gotten the pleasure of taking “a ride on Space Mountain.” He said that he tried monogamy with all 4 of his ex-wives, “but after one day I was just miserable.”

When I think of Flair’s escapades, it makes me think of Matt LeBlanc playing himself on the very-very-very underrated show EPISODES. In one scene, Matt is having sex with a woman who is on the verge of orgasm…

And in his best Joey voice: How you doin’?

Then the woman orgasms very loudly. I bet there must have been thousands of times when one of the Nature Boy’s conquests needed to hear a “woooooooooooo” to get over the finish line.

This former St. Louis Cardinal minor leaguer and strong-arm dictator of our Cuban neighbors slept with over 35,000 women during his reign.

“He slept with at least two women a day for more than four decades — one for lunch and one for supper,” according to members of his inner circle. “Sometimes he even ordered one for breakfast.”

The Beard may have been a Communist politically, but he sure was a Capitalist in the bedroom.

His social life transcended the sports pages and moved to the front pages. His wife Suzy Miller left him for Richard Burton, which broke up Burton’s marriage to fellow megastar Elizabeth Taylor.

If his life sounds like a movie you’d be correct because they turned his life into a pretty damn good one called RUSH.

Lamar Odom, Kris Humphries, Tristan Thompson, Chandler Parsons, D'Angelo Russell, Ben Simmons, Blake Griffin, and James Harden. If all the Kardashian conquests were an NBA team, they might be in the luxury tax.

And that’s just basketball. I’m not including what may or may not have happened with the Kardashians and OJ.

He was Pelé before there was a Pelé in Brazil. A star of epic proportions in a land crazed with fútbol. “The Dribbler,” as mesmerized fans used to call him, had the ability to weave his way through defenses. Off the field, he was much more shooter than dribbler, fathering 14 children with 10 different women.

Raquel Welch came to see him play at Stamford Bridge and the Chelsea striker impressed her so much that she waved to him as she left the ground. Two days later, the bombshell of all bombshells showed up at a press conference wearing an “I scored with Peter Osgood” T-shirt.

If you score with the sexiest woman of all time you get in the Hall.

The man was a double-double machine both on and off the court. From 1991 to 1997, The Reign Man averaged 18 points and 10 rebounds per game on the court and fathered 14 children from 11 different women while off the court.

His rank among the playas is legendary, as it should be. His lawyer Seymour Goldberg said, “Some people collect stamps, Wilt collects women.”

20,000 of them as the lore goes, an average of 1.24 per day. Wilt loved threesomes which probably accounts for him being able to keep his daily average above 1.0.

previous
The Jimmy Awards
next
The W.O.A.T. (Worst of All Time)