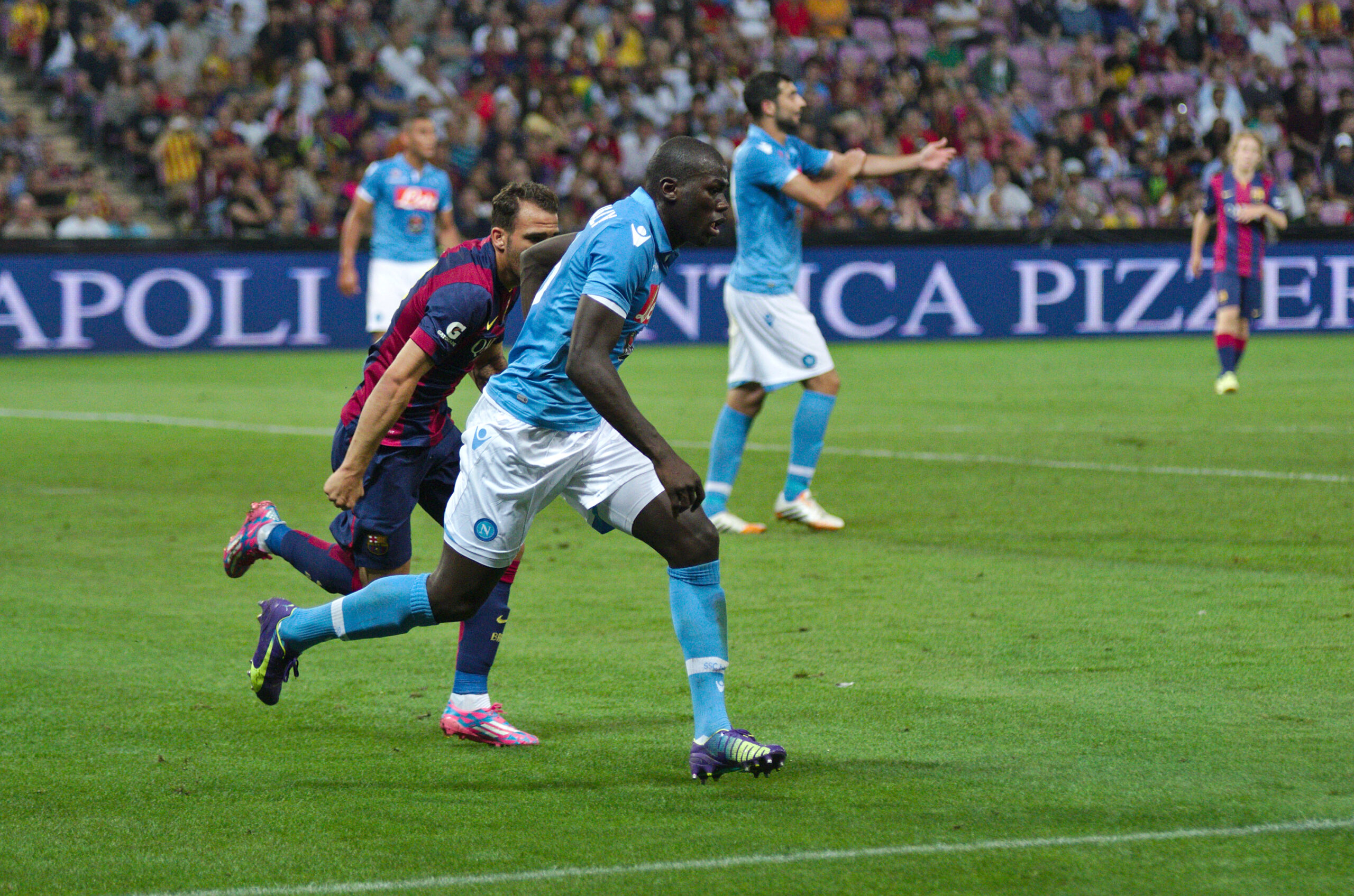 Saturday’s edition of Champions League soccer sees the final two Round of 16 matches playing out. Barcelona will look to shrug off a resurgent Napoli side at the Camp Nou with a slender advantage after a 1-1 first leg away. On the other end, favorites Bayern Munich host an injury-hit Chelsea side needing a miracle to overcome their 3-0 defeat back in March. This round of picks, should – but now that I saw that probably won’t – be more straightforward than Friday’s Picks.

Firstly, Barcelona are in some trouble. Both on and off the field, La Blaugrana look set to fall on a period of hard times once Lionel Messi hangs up his boots. Years of mismanagement at the top have led to poor signings, wasted money, and a departure from their former status as Europe’s dominant force. Until that fateful day, however, Barcelona still remain all right as long as Messi is fit and playing.

Barcelona were lucky to come away from Naples with a draw after they were outplayed and outworked by Napoli on the night. Barcelona has previously used their raucous Camp Nou atmosphere to their advantage, boasting one of the best home Champions League records in Europe, but they’ll have to find a way without them this time if they want to be on the morning flight to Lisbon.

I’d sit here and run through who needs to be on their game in order for Barcelona to advance but, to be honest, Barcelona might just advance anyway if Messi shows up. He’s that important to them. In any case, Barcelona will hope that their other shining light – Marc-André ter Stegen – continues his rich vein of form and that Luis Suárez is hungry for goals.

Barcelona do have that narrow advantage to take home with them, thanks to Antoine Griezmann’s vital away goal, but they are just such a fragile side at the moment. I do think Barcelona will ultimately hold on, but I wouldn’t trust a leaky Barcelona backline to cover the spread at all.

Meanwhile, Gennaro Gattuso the mad man really seems to be working his magic. Unrecognizable from the side that sat mid-table under Carlo Ancelotti in the fall, Napoli now look like the team that has been knocking on Juventus’ door for years. Napoli finished a respectable 7th in Serie A and coupled that with a Coppa Italia title, edging Juventus out on penalties.

On the other hand, Napoli, for all their status as a big club, have just never quite succeeded in the Champions League, only ever making it as far as the Round of 16. On Saturday, Napoli have one of their best opportunities to qualify for the elusive quarter-final stage against a shadow of their former selves, Barcelona.

Dries Mertens, Napoli’s all-time leading scorer, will look to edge his name deeper into Napoletano folklore alongside captain and club legend Lorenzo Insigne. Both of them will need to be firing on all cylinders as Napoli know they at least have to score a goal to have a chance. If those two show up and Kalidou Koulibaly, in what could be his last game for the club, finds a way to put Messi off for the night, Napoli might just dig themselves a route into the quarter-finals.

Pick: Napoli to cover. This will be a tight, nervous game for both teams, but I’m erring on the side of Napoli. Barcelona are so unpredictable at the moment and they don’t even need to win to advance whereas Napoli very well could pull off an upset, making them likely to cover either way.

Do you believe in miracles? Because I’m a Chelsea supporter, I’m going to go ahead and believe. Fortunately for all of you reading this, I won’t drag you down with my subjective optimism.

In all likelihood, Chelsea will not come back against Bayern Munich or even win the game for that matter. In fact, Bayern showed Chelsea in the first leg that, at this moment, they are a far better team. One could argue that the scoreline was perhaps a little flattering but regardless, Chelsea were thoroughly outclassed on the day.

On top of needing to overturn a 3-0 deficit, Chelsea are without their Captain Cesar Azpilicueta, arguably best player Christian Pulisic, veteran heroes Willian and Pedro, and academy talent Ruben Loftus Cheek and Billy Gilmour to injury, while N’Golo Kante is a doubt. And if things weren’t bleak already, they will also miss Vice-Captain Jorginho and Marcos Alonso through suspension.

All points lead to a walk in the park for Bayern. But it is the Champions League and Bayern are no strangers to blowing important leads to Chelsea in crucial Champions League matches. (I’m sorry I can’t help myself.)

In all seriousness, however, there are likely to be two approaches to this game: One where Bayern sit back and let the game fizzle out – a nightmare for those looking for Bayern to cover – or one where Bayern go for the kill and handily beat Chelsea once again.

Since Bayern have gone a few weeks without playing, they’re likely keen to want to prepare for the latter stages of the competition by returning to winning ways as opposed to just coasting through.

Many are calling this Bayern side the best in Europe right now. Spearheaded by the phenomenal Robert Lewandowski, Bayern eased to the Bundesliga title after the restart and secured another DFB-Pokal as well. Hansi Flick has figured out something that’s working at Bayern, and they don’t look like stopping anytime soon.

Bayern were devastatingly convincing in the first leg at Stamford Bridge. After a tight first half, Bayern found the deadlock early in the second half and were soon too much for an inexperienced Chelsea to handle.

Also, Bayern are nearly fully fit, except for injured pair Kingsley Coman and Benjamin Pavard. They’ll likely deploy midfielder Joshua Kimmich back to his original position at right back to cover and reinstate the in-demand Thiago to midfield, alongside Leon Goretzka and Thomas Müller. There’s been some speculation that Flick might opt for a weakened lineup given the size of the lead, but my feeling is that he’ll stick to a full-strength lineup to shake off any rust.

So Bayern should be fine here, and I’d expect them to score a few goals along the way.

Pick: Bayern Munich to cover. Like I said, there’s a chance this might be a snoozefest, but Bayern’s class still should shine through. They’ll want to remind that they are still Europe’s team to beat, meanwhile Chelsea are just so depleted right now. So any money is best risked on Bayern.