How Poirer Could Beat McGregor in UFC 257 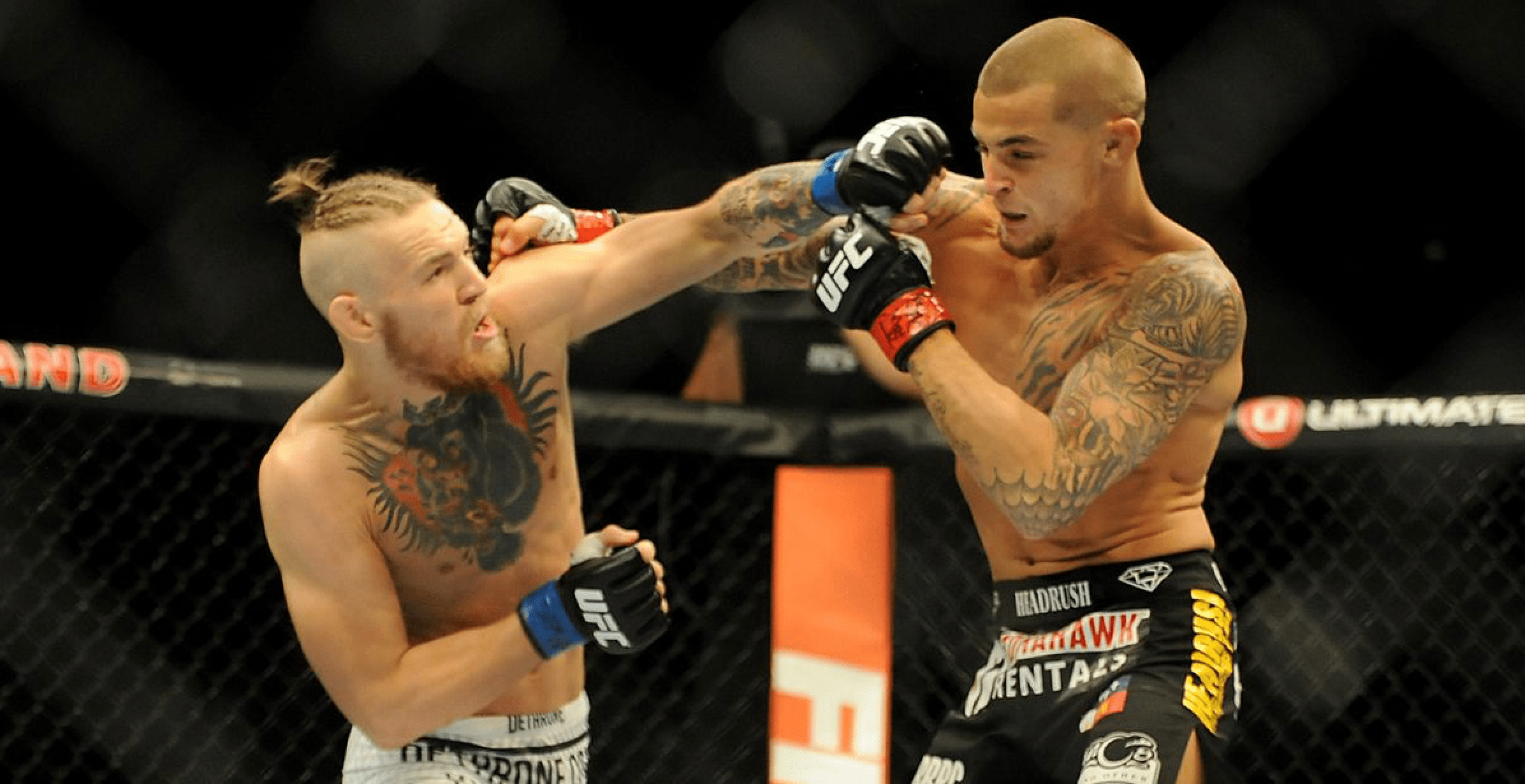 After six and a half years, Conor McGregor and Dustin Poirier are stepping back into the UFC Octagon. In 2014, McGregor knocked Poirier out in one minute and forty-three seconds. There were a few points in the match when the fight could’ve turned in either fighter’s favor. But ultimately, McGregor came out on top.

And he’s expected to win quite handily again.

What Sportsbook Odds Say About The Fight

Even though it’s been almost seven years, sportsbooks expect the same result as 2014. Here are some of the odds major sportsbook brands have set on the fight:

BetMGM has the best odds on McGregor, and William Hill has the best odds on Poirier. (Not by much, but small differences matter for big bets.) They all agree that McGregor has more than a 70% chance of winning. Poirier fans won’t find refuge in excuses about an over-hyped McGregor. UFC 178 puts all the hype excuses to rest.

How McGregor Won The First Time

Conor McGregor opened the fight against Poirier with a hook kick. It was the beginning of a strategy he would abandon thirteen seconds into the fight. Twelve seconds in, McGregor threw a kick that Poirier blocked successfully. The block brought McGregor to the ground, and he lunged back. But Poirier managed to get a solid hit to McGregor’s face in the meantime. For the rest of the fight, McGregor pulled his kicks, ensuring he didn’t lose his balance again.

He shifted strategy and landed the rest of his significant hits with his hands. He’s known for making powerful strikes with his left hand, and those strikes won him the fight. Twenty seconds before securing his win, McGregor landed a hook squarely in Poirier’s face. It wasn’t the first face-shot either fighter took, but it was the hardest and most accurate. Poirier was off-balance the rest of the fight, throwing punches that didn’t come close to connecting.

Likely dazed and hurt, Poirier made the mistake of ducking a slew of McGregor’s punches. A minute and forty-two seconds into the fight, Poirier went low and seemed to reach for a leg grab. Instead of gaining any kind of upper hand, McGregor threw blow after blow at Poirier’s head. The referee ended the match, and McGregor won.

What Set McGregor Apart During The Match

McGregor excels at reading his opponent, and he put that skill on display a minute into the 2014 Poirier fight. McGregor looked Poirier up and down and moved back when Poirier moved forward. He was in sync with Poirier’s movements.

That’s why Poirier’s next combo missed. Poirier grazed McGregor’s forehead in a punch meant for his cheek or temple. Then, Poirier threw an uppercut that missed completely. McGregor shook it off (literally) and went back to throwing punches and blocking strikes. Watching McGregor strategize in real-time, it’s easy to see why sportsbooks, analysts, and fighters are so confident in his win.

How Poirier Almost Won – And Could Win This Time

McGregor almost lost against Poirier thirteen seconds into the match. When McGregor went down, his quick recovery – and no doubt his long legs – saved him. But Poirier still got a solid hit in. He lunged forward, threw a punch, and it connected. It was one of his most effective tactics throughout the match. Poirier landed another punch a minute, ten seconds into the match. McGregor went low to score body hits. When he lunged back, Poirier lunged forward and hit McGregor in the jaw.

Poirier has scored strong, accurate hits this way before. In his upcoming rematch against McGregor, it may be one of his paths to victory. Remember, McGregor made the same mistake that cost Poirier the match. When McGregor went low a minute, ten into the match, Poirier took advantage of McGregor’s opening.

Both fighters know how to read one another and move in to take advantage of openings. A minute, thirteen into the first match, they both hit each other. Poirier in McGregor’s face, McGregor in Poirier’s ribs. So, Poirier’s path to victory lies in two places:

What Bettors Should Watch For In The McGregor/Poirier Rematch

UFC fans will be treated to McGregor’s signature relaxed fighting style. If he’s learned anything from his first fight against Poirier, he’ll sacrifice power in his kicks to keep his balance. McGregor will likely rely on his fists again.

Poirier fans will delight in watching him chase McGregor. Throwing himself into his opponents as they back away is an opening he exploits masterfully.

However, the odds remain in McGregor’s favor. He can take several hits to the face and remain composed. Poirier lacks that endurance, making McGregor’s hits more dangerous than Poirier’s. McGregor has already demonstrated an ability to strategize, adjust, and patiently wait for small openings to land big hits. His well-reported height and reach advantages certainly don’t hurt his chances, either.

But other UFC underdogs have overcome worse odds. In 2015, Holly Holm was an underdog with +870 odds and knocked Ronda Rousey out. In August 2020, Trevin Jones won his match as a +500 underdog. That same night, Shana Dobson won with +900 odds. (Coincidentally, August 2020 is the only month Colorado sportsbooks lost money on UFC wagers.)

The odds may be in McGregor’s favor, but a Poirier win can’t be counted out. McGregor still needs to dial in and focus to take Poirier down again. McGregor’s patience ultimately won him the match in 2014. It’ll likely be the key to another win against Poirier in 2021.