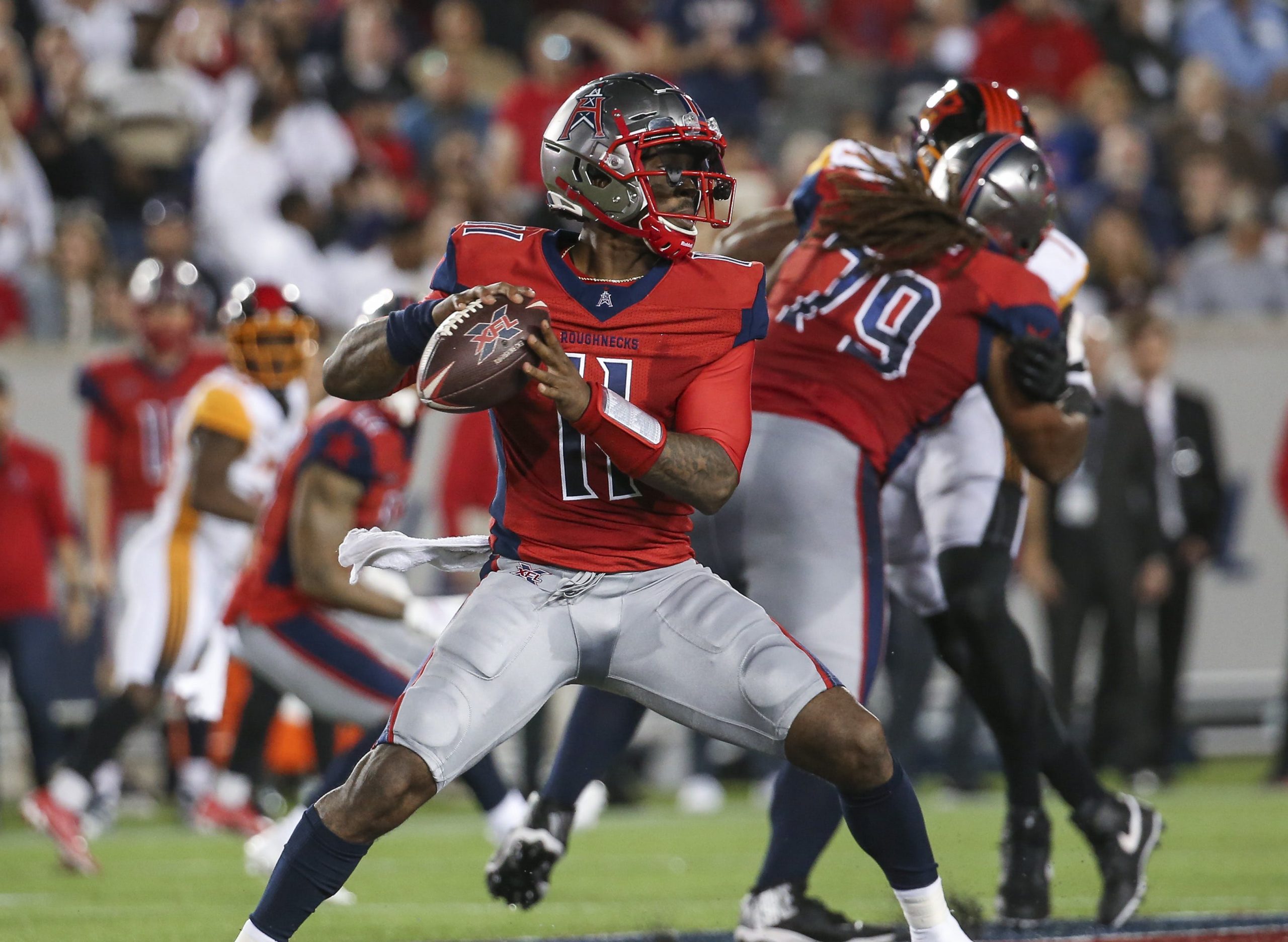 Week 4 of the XFL 2020 season is upon us! Houston is the clear (+200) frontrunner to win this whole thing while the Tampa Bay Vipers, who were initially one of the favorites to win it all, are 0-3. This isn’t an “Oh, they could easily be 2-1 right now” type of 0-3. They make it seem like it’s a chore of some sort to score a touchdown and their defense would struggle against Uncle Rico. But hey, that’s why we play the games. For the Cowboys and Texans fans out there who don’t want to wait every five years to see their in-state rivals face-off, the Houston Roughnecks will take on the Dallas Renegades on Sunday. Watching it might feel like kissing your sister. Definitely not the same, but if you make money off of it then it’s totally worth it.

With all that said, here are my picks for Sunday’s slate of games:

Is this the matchup we’ve been waiting for all season? In this weekend’s game of the week, quarterbacks Landry Jones and P.J. Walker will face off for the first time this season in the battle of the two Texas teams. Walker has been dominant on offense, as he leads the league in both passing yards and touchdowns, guiding Houston to a 3-0 start. However, the return of quarterback Landry Jones has turned this Dallas team into a very different one from the team we saw in Week 1. Despite that, the Roughnecks appear to be so much more talented than any other team out there. It’s quite hard to bet against a team that’s playing the way Houston is right now. Houston Roughnecks wide receiver Cam Phillips also leads the XFL in receiving yards and touchdowns for the 2020 season. This offense, if healthy, is going to be hard for any defense to stop all year.

Did you read my intro? Yes…last week, D.C. Defenders quarterback Cardale Jones threw four interceptions and gave everyone a nice reminder of why he only has 11 career passing attempts in the NFL. However, I wouldn’t sleep on D.C. this weekend, especially against a team that can’t decide whether their first or third-string quarterback gives them a better chance in a game. I must give some respect to the Vipers, as they played a better game last week and have the potential to make this a close game. However, I look at the D.C. Defenders as the second-best team in the XFL behind Houston. Jones has proved his talent and hopefully for him, his performance last week was a fluke. I’d be pretty shocked if the Vipers were able to pull off a win this weekend.