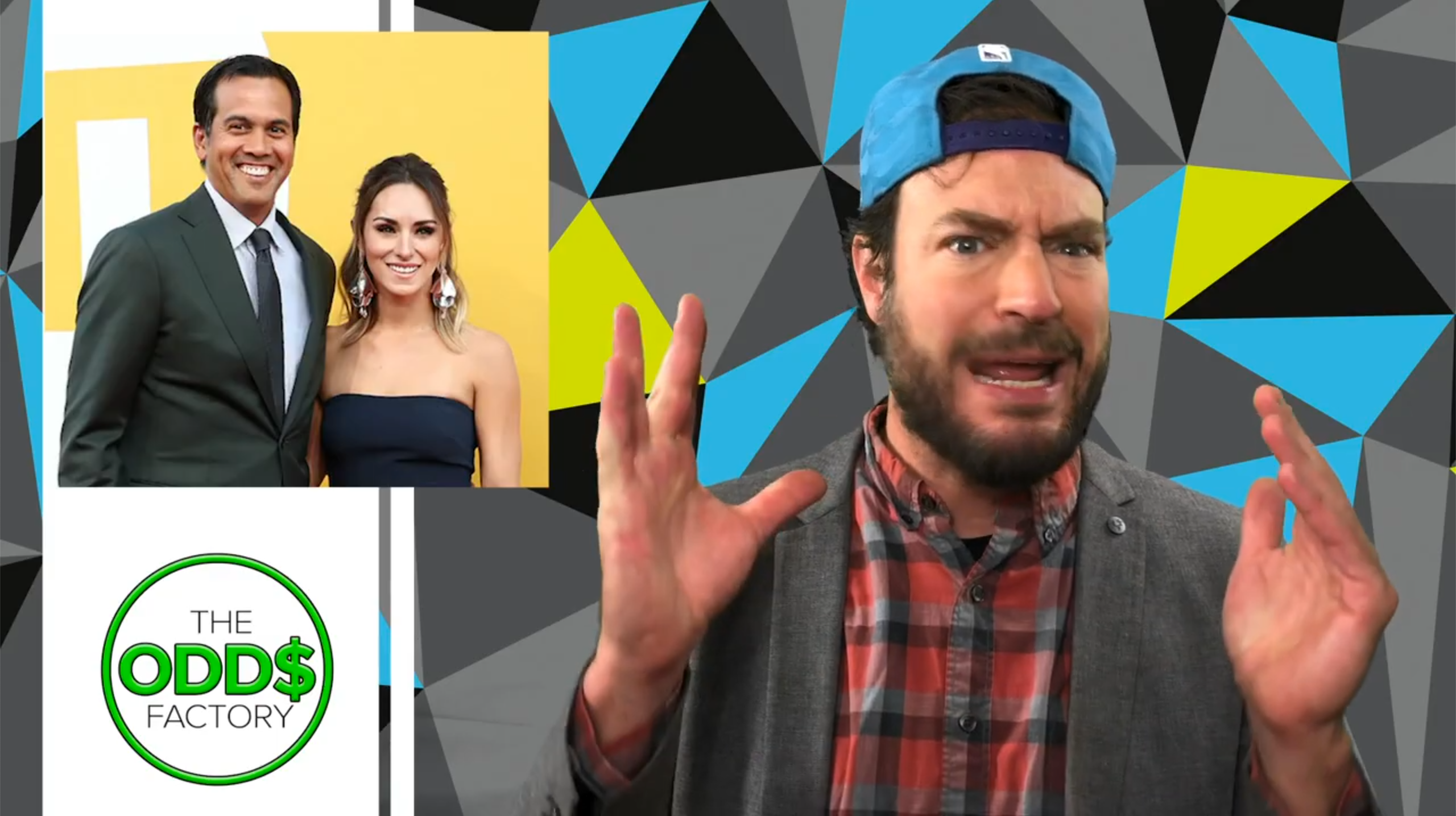 Welcome to Zach to the Rack, presented by The Odds Factory! I’m Zach Selwyn with two NBA picks for you tonight, Friday. And like LeBron, I’m wearing socks at work right now. But they’re Wizards socks!

Speaking of the Wizards – big win last night. But do they have enough to beat Miami in Miami tonight on the second night of a back-to-back? No. The Heat is pretty good – Butler, Dragić, Kendrick Nunn is the truth. Erik Spoelstra missed their loss to the Celtics – which is why they probably got blown out of the garden a couple of days ago – to go to the birth of his son. I missed the birth of my own son to go watch a Dodgers game at a Buffalo Wild Wings nine years ago. Granted, I’m divorced now. Oh, by the way, Spoelstra’s wife is a former Miami Heat dancer. Get you some, dawg! Look, Baby Spoelstra is going to be more popular than Baby Yoda, okay?

Even though the Wizards are coming off that strong win in Philly, I just don’t see them coming back-to-back against Miami tonight. I think the Heat win by more than 9 in Miami tonight. I know it’s a lot of points, but take the Heat. Ooh, that sounds like a good ‘80s hair metal song – “Take the Heat.”

Lakers versus Portland in Portland. LeBron versus Carmelo. Dame Lillard versus Alex Caruso. It’s going to be a dogfight, people. Not everybody thinks this, but I do. I think Lillard is a big game player. In fact, I bought a Damian Lillard jersey a few years ago. Look, I own a lot of dumb stuff from the NBA – I’m sorry.

Remember back in 2016 when Lillard when off for 51 against the unbeatable Golden State Warriors? The guy loves the big stage. Carmelo is going to be motivated to prove to LeBron that he belongs in the league. Lillard wants to prove he belongs in that First All-NBA Team. Dame Lillard AKA “Dame D.O.L.L.A.” – he’s got a rap song, right? It’s called “Money Ball,” and the chorus is, “What we doin’? Throwin’ money at the rim, ooh. What we doin'? Throwin' money at the rim, ooh.” Throw money at the Blazers’ rim tonight. They’re going to look good against the Lakers and surprise a lot of people. Take Portland, baby!

I’m Zach. You’ve just been taken to the Rack!