Zach to the Rack: The Depleted Celtics Looking to Steal One in Philly 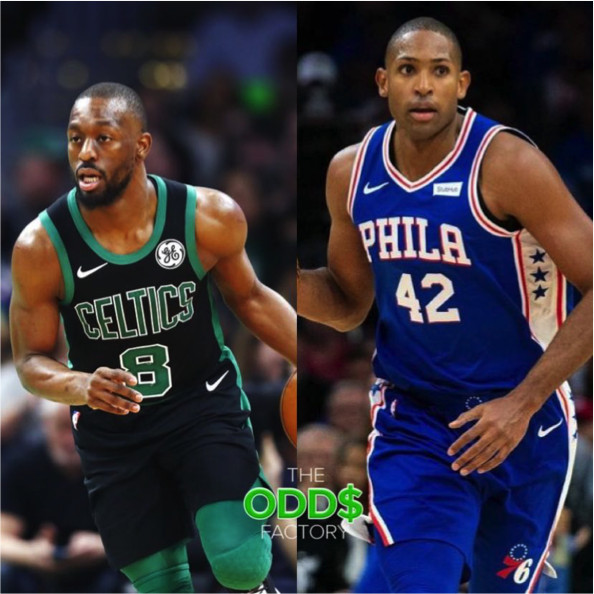 Welcome to Zach to the Rack, presented by The Odds Factory! On TNT, the Boston Celtics will look to rebound after DeMar DeRozan and the Spurs torched them by 15. The Celtics always start slow and, in typical fashion, started to make a run in the third to move it to single digits. Then Kemba Walker was oddly ejected, and the rest of the game was history. Keep in mind, the former Husky is a two-time NBA Sportsmanship Award winner and will come out with more than enough motivation tonight.

This has been a tense matchup in the last few years, yet Joel Embiid has said in the past, “This is not a rivalry. I don't know our record against them, but it's pretty bad. They always kick our ass." Unfortunately, he will be out with a finger injury, but they have former Celtic Al Horford to fill the void.

Philadelphia, coming off their first win after a four-game losing streak, will be without the all-star center Joel Embiid. (The 76ers are 3-4 without him). Ben Simmons, Josh Richardson, Tobias Harris, and Al Horford will be sure to make up for his loss. I still don’t think Tobias Harris is worth a FAT $180 million, but I’m not a GM.

The Celtics have the best road defense in the NBA, allowing just 103 points per game. The Celtics have a 14-3 home record this season, but they don’t seem to cover many games. However, on the road, they are 11-6-1. It seems like the Celts would rather shut a crowd up on the road. I think tonight the Celtics will prove why they could potentially have three all-stars in Jaylen Brown, Jayson Tatum, and, of course, Kemba Walker for the #3 team in the East. The Celtics will look to extend their 2.5 game lead on the #5 Philadelphia 76ers.

Both teams have been struggling; his game will be tight. Vegas has the line at -2.5 in favor of the 76ers. The ML movement has been pretty steady. I think it’s a trap line, and the Celtics respond with a big game out of Kemba Walker. The Celtics surprisingly do better ATS on the road (3-1 in their last 4). Fade the -150 ML of the 76ers and take the Celtics with the points.

Let me know if you fade or tail the pick on Twitter at @theoddsfactory or FB at The Odds Factory. And if you're in New Jersey, Pennsylvania, Indiana, or West Virginia, bet now at DraftKings and get up to a $1000 free bet.